Year 8 and 9 Pupils Tune In To Book Awards Final

This is the second time QEGS has taken part in the awards, submitting a collective vote for Planetarium: Welcome to the Museum by Astrophysicist Raman Prinja, following a review process held within Google Classroom using the ‘Logic Alley’ decision-making technique.

Raman Prinja’s book, illustrated by Chris Wormell, was announced as the overall book award winner during the live broadcast, much to the delight of our seven judges and Librarian Mrs Dewhurst.

Dr Saunders, Head of Science and Mrs Dewhurst explained: “Once again this was a fabulous opportunity for the Library to collaborate with another department in school. Pupils worked hard over several weeks and were truly dedicated to the award. This has been an extremely worthwhile book award to take part in and has offered our pupils a fantastic opportunity to read newly published science books.  The end of the award came at a perfect time, tying in nicely with our Non-Fiction November.

“We very much hope we will be accepted for the 2020 award and are already looking forward to seeing the books which will go through to the longlist/shortlist!”

More news about our other library events can be found here. 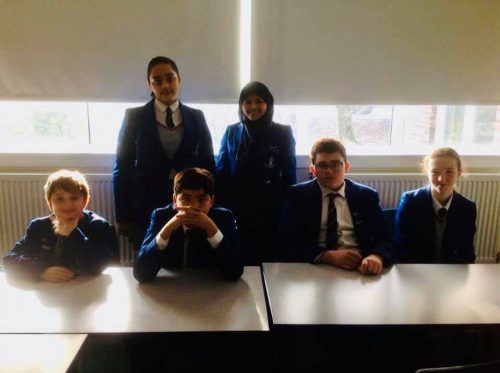