The whole of Year 3 were mesmerized as they entered their class room after the half term, which had been transformed into an Egyptian workshop for the day.  There were many fascinating artefacts laid out on show and two real life Pharaohs standing in their class to welcome them!

The pupils listened intently as the Pharaohs told them all about Ancient Egypt.  They were also shown some real Canopic jars with real body parts inside.

The most memorable part was when Maha and Breeanna were dressed as mummies.  First of all, they had all of their internal organs pulled out and their bodies filled with salt to make them shrivel up.  Then, they were covered with beautiful smelling herbs and scents, and wrapped in bandages, their heads were adorned with a death mask, before they were both sent to the afterlife! 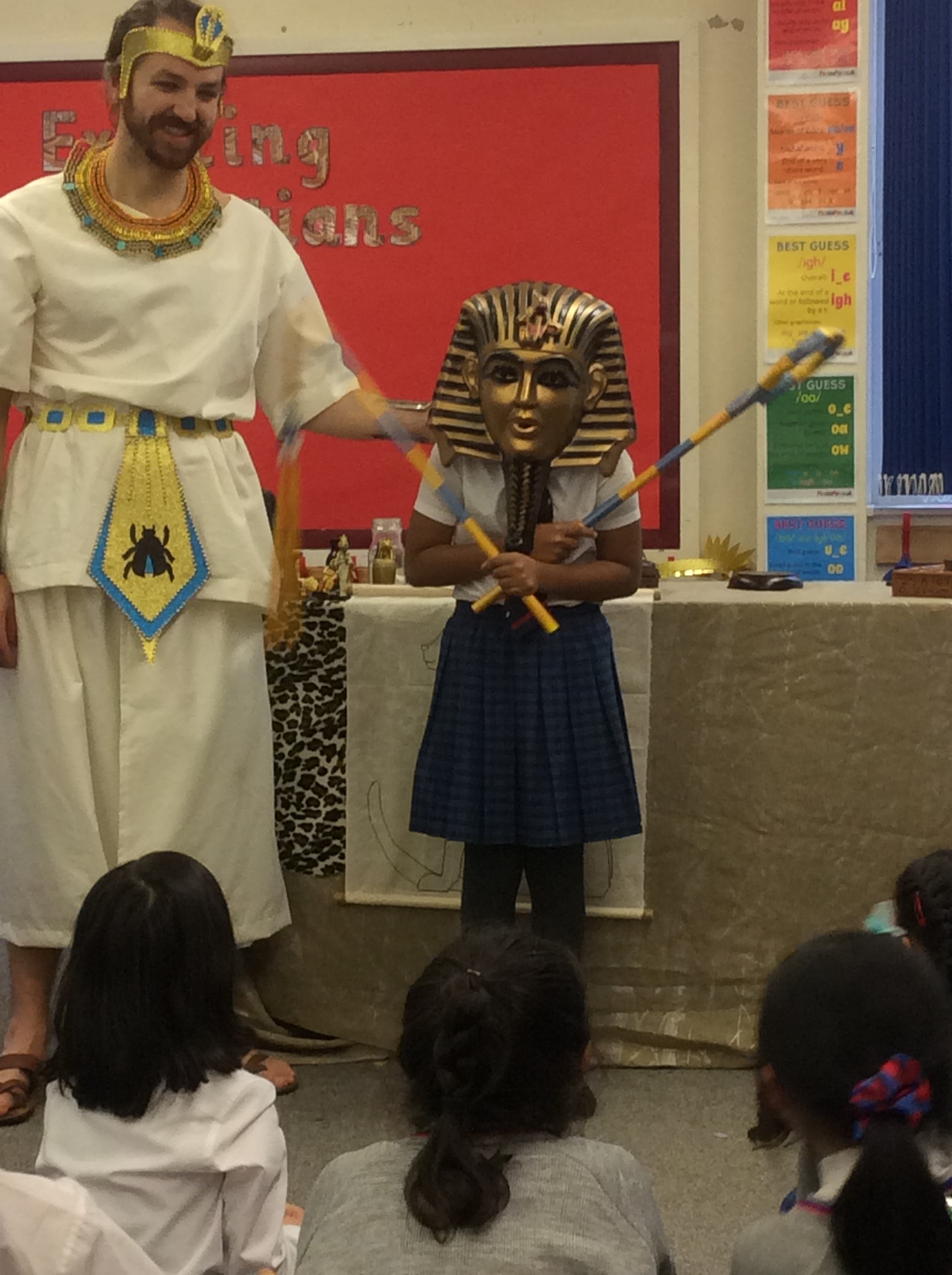 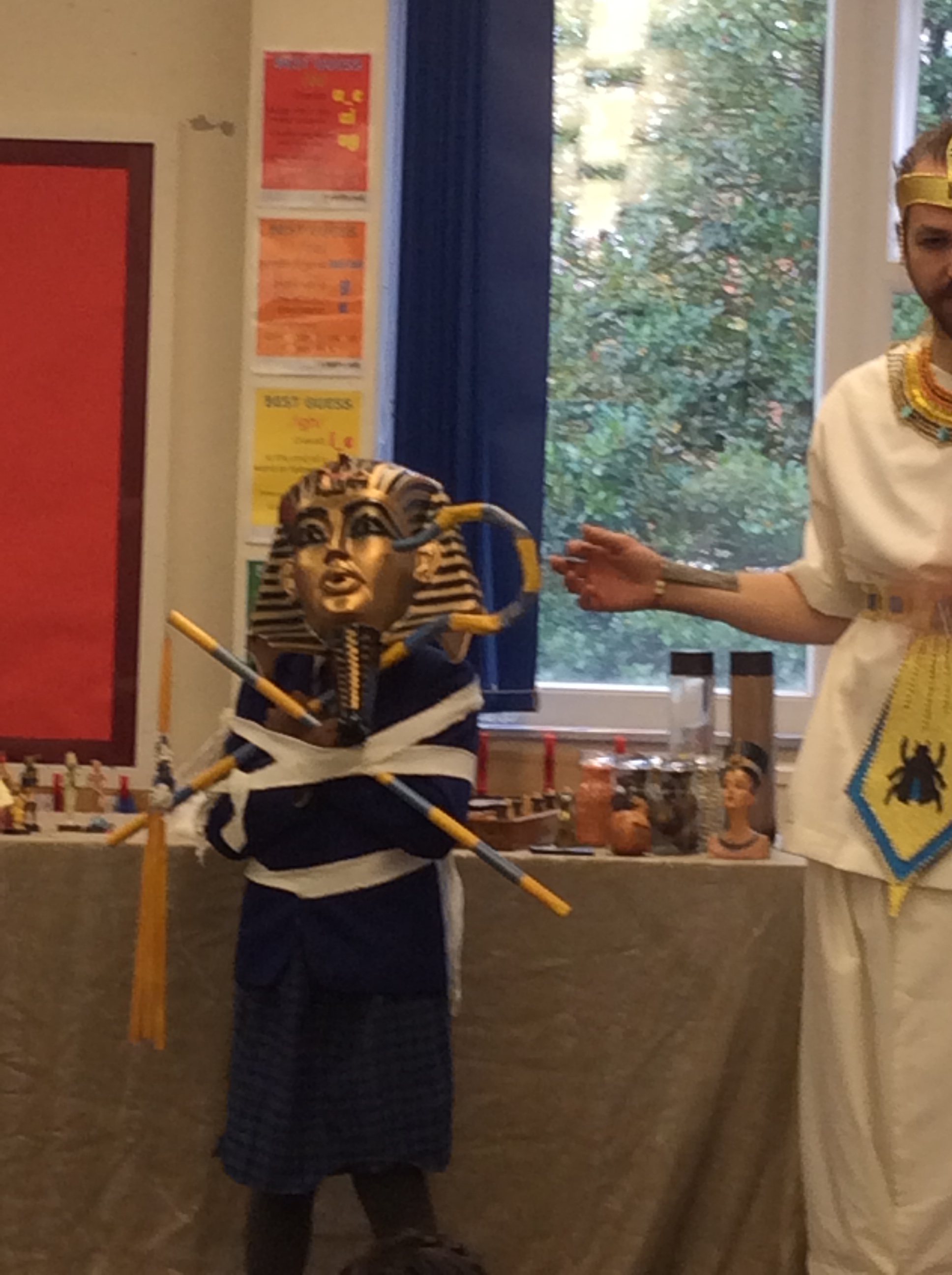