Pupils in Year 7 and 8 at QEGS Blackburn have contributed to the Royal Society Young People’s Book Prize for the third year in a row, as part of a joint project between the Science Faculty and Senior Phase Library.

After reading each shortlisted book, the ten pupils completed a book review following a strict marking criteria. A Google Classroom was set up so that pupils could contribute during the lockdown phase.

Hundreds of schools across the UK took part in the process and the winner was selected through votes from each school. Our ten pupils were this week invited to watch the live final as this year’s winner was announced. Pupils and staff were delighted to hear that Izzi Howell’s ‘Cats React to Science Facts’ was named the overall winner, a popular choice amongst our participating pupils.

Mrs Dewhurst and Dr Saunders would like to thank the following pupils for their valued contributions:

Well done to all who have taken part in this year’s award! 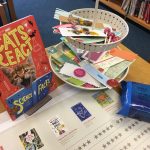 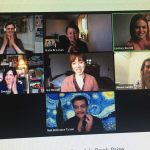 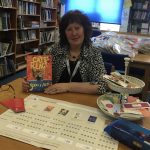