Charity events come in all shapes and sizes, but the QEGS staff sumo wrestling competition was a big fat one that drew in quite a crowd at the end of the Michaelmas term.

Not much salad was consumed in preparation for the event and some staff had to work harder than others to look the part (large padded suits did help to even things up).  Eight QEGS staff, crouched down looking big, beefy and mean, to show their wrestling credentials.

It was rumoured that the pre-tournament favourites were Mr Hargreaves (The Blue Whale) and Mr Moriarty-Eames (The Pink Butterfly).  However, as the tournament progressed most of these elegant athletes showed talents that few would have believed.  Dr Butler (The Gruffalo) took no prisoners, and Mr Rafsha (The Beef Tomato) showed that he was wasted in teaching.  Wrestling is his true vocation!

However, in the end, it was the new comer and Head of Sixth Form, Mr Park (The Sea Slug) who came out on top.  Many thanks to all of the wrestlers who took part, and we are delighted to report that over £500 was raised for the Movember charity. 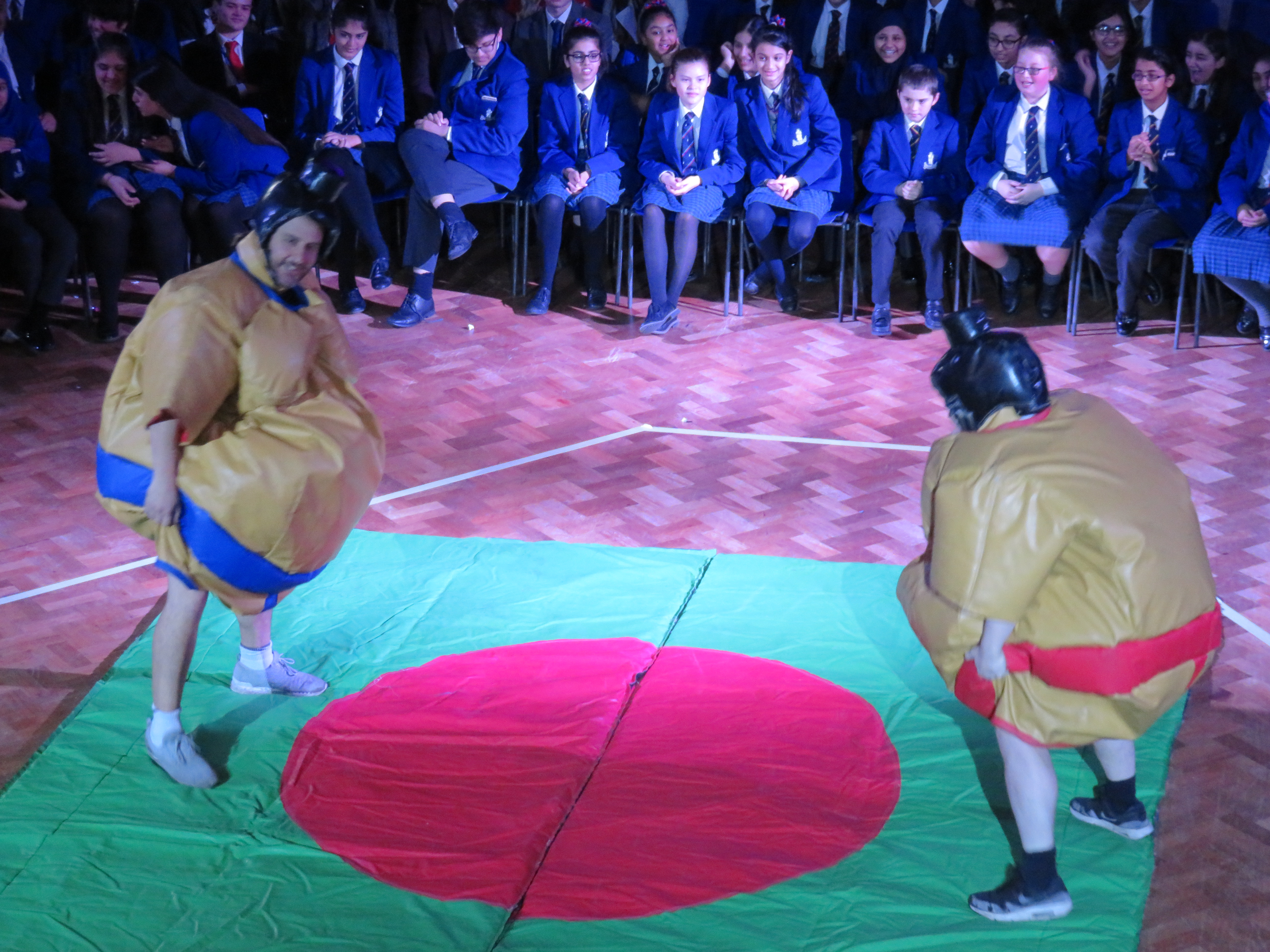 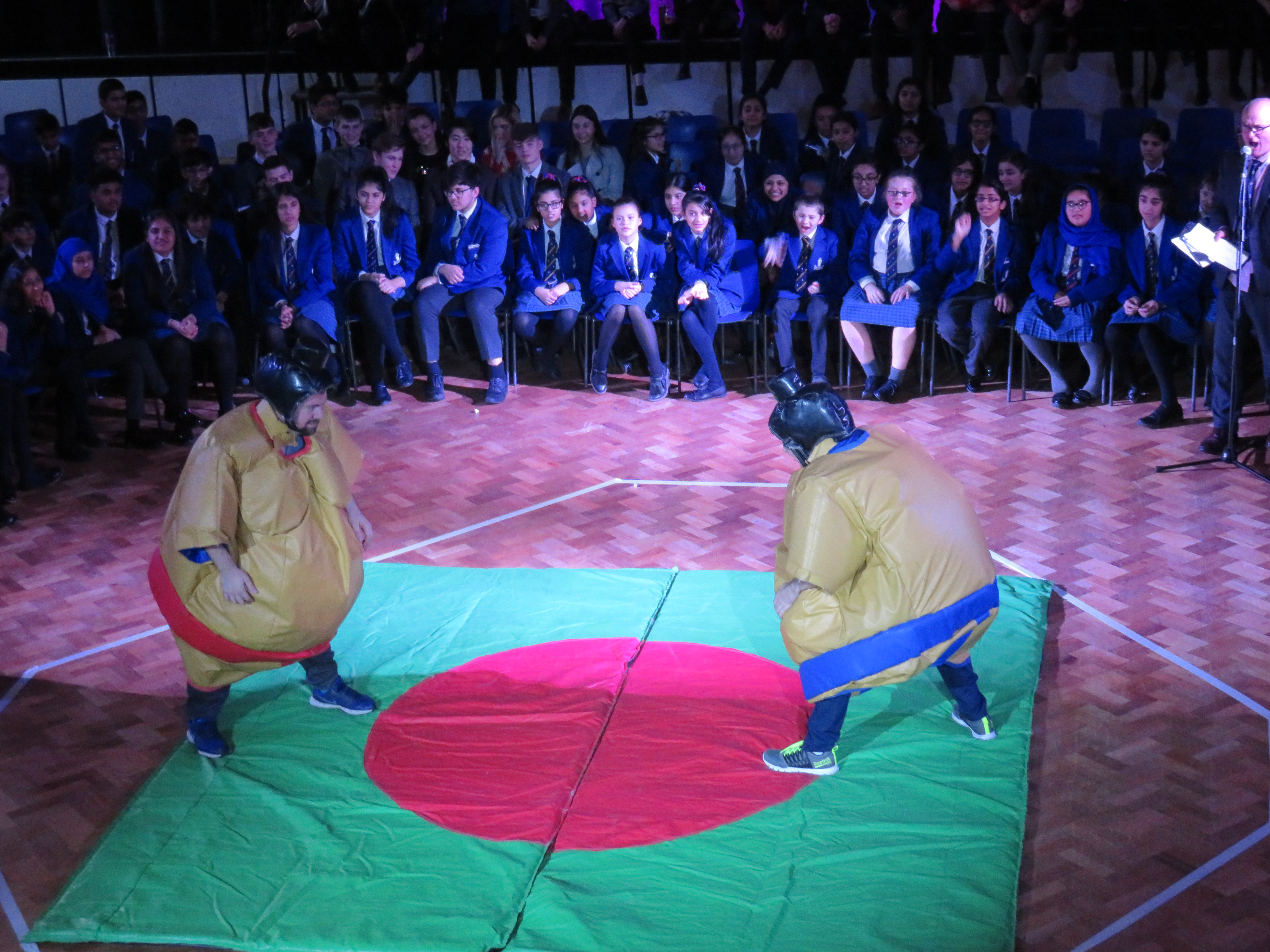 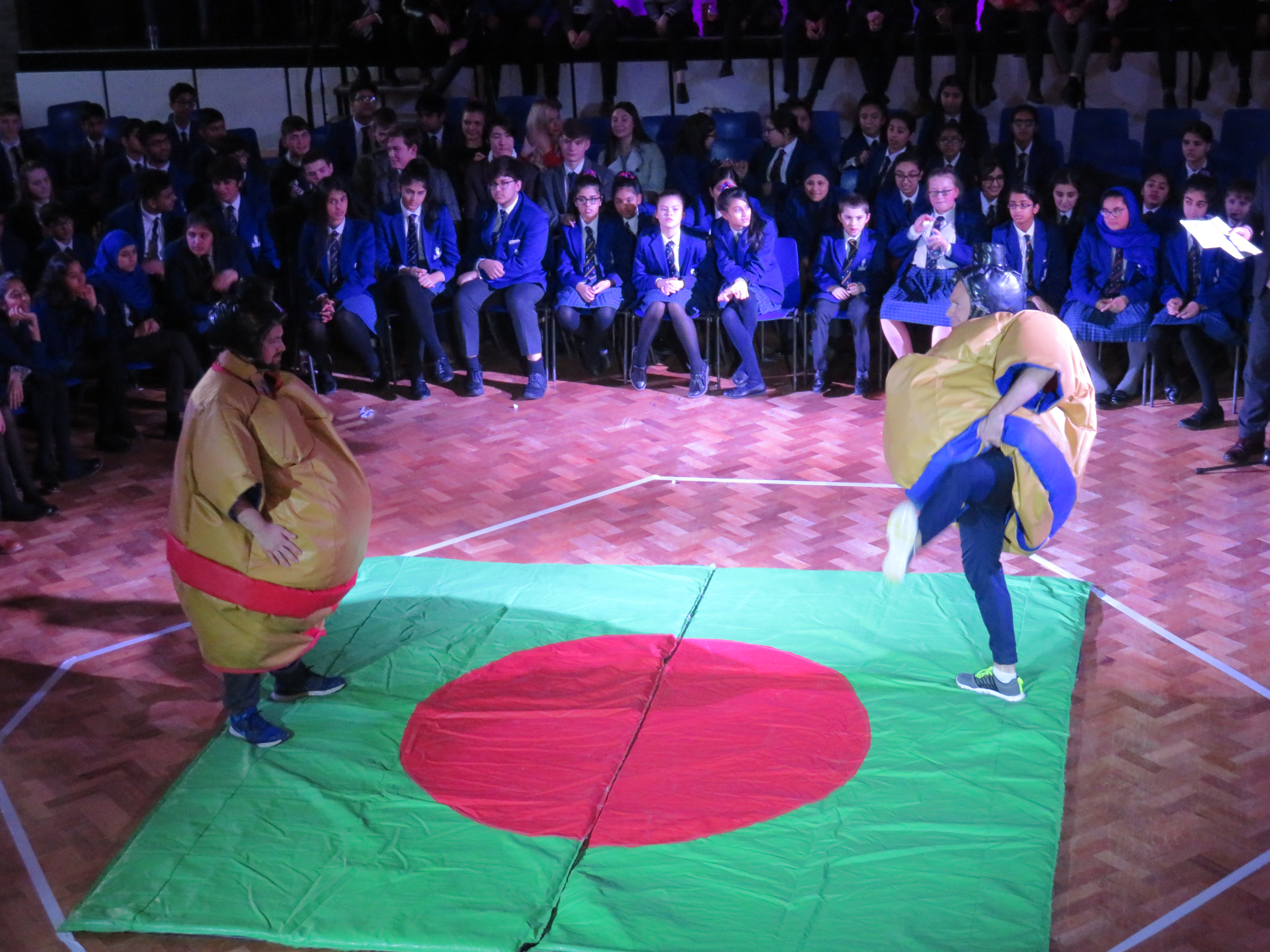 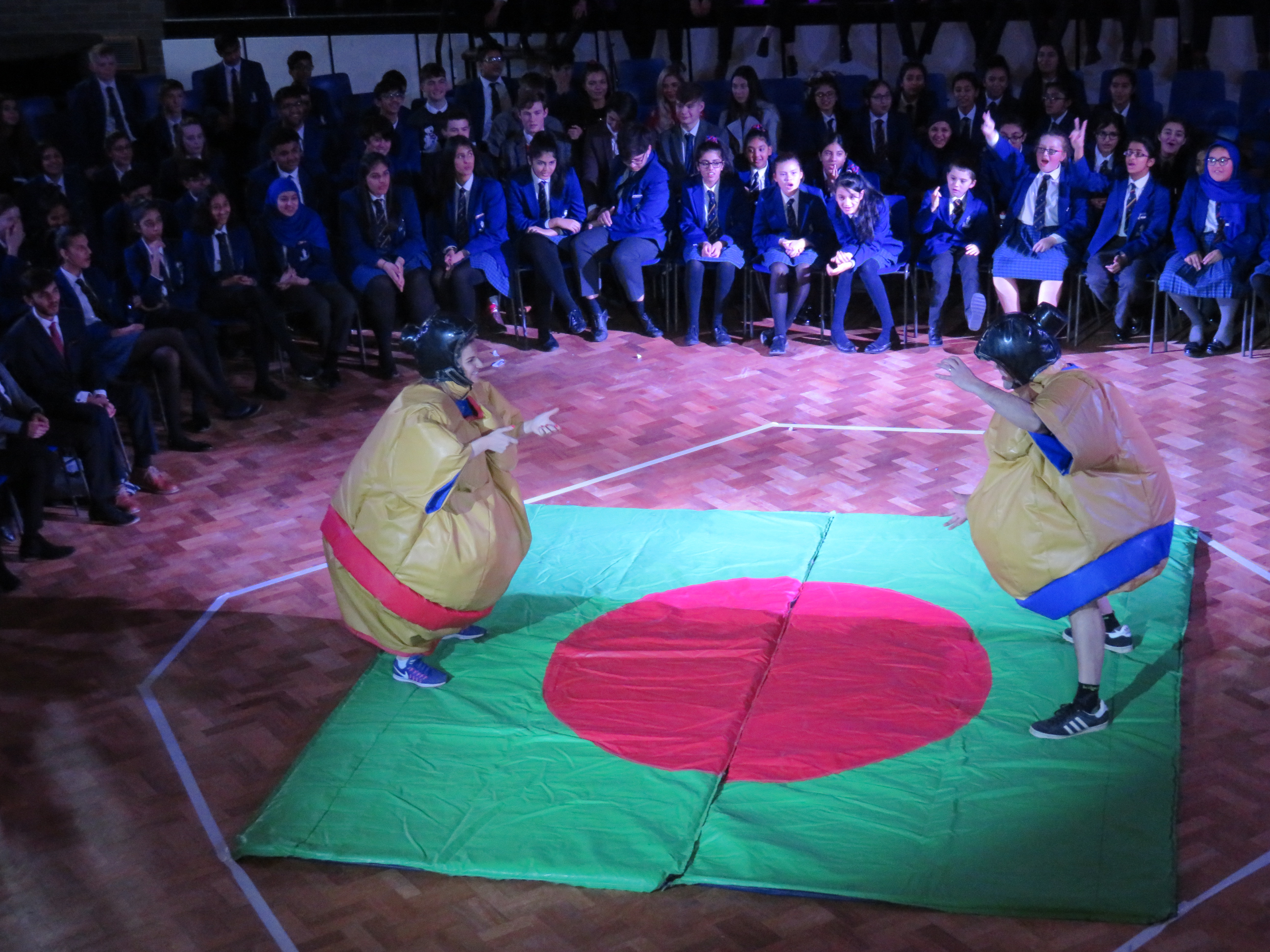 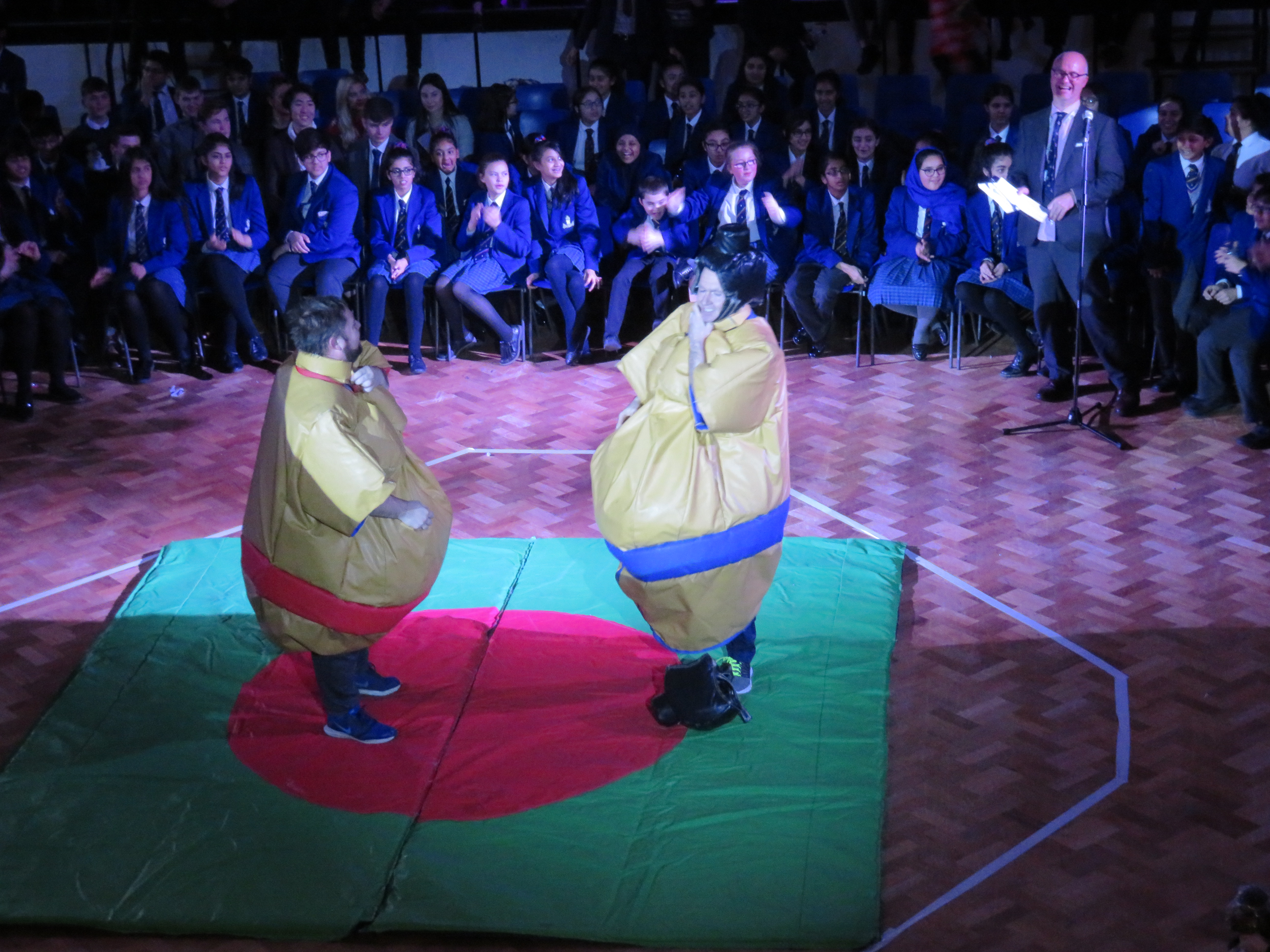 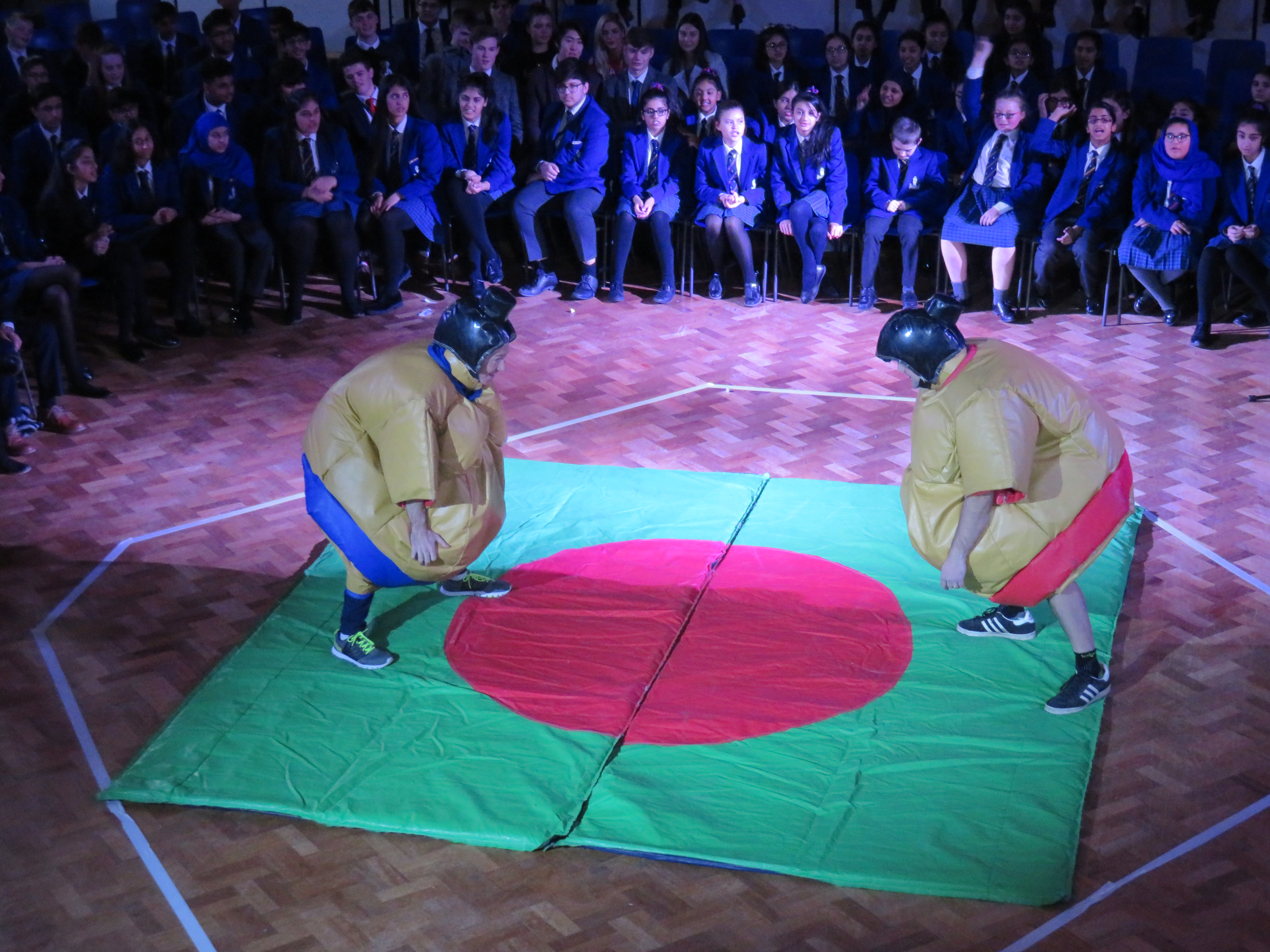