Year 8 pupil Sydney Chadderton has now skated to over 22,000 people, thanks to her involvement with BIDCA, a charity for sick, disabled and disadvantaged children in Blackpool and the Fylde.

Sydney started ice skating at the age of 7 and, after receiving lessons at Blackpool Ice Arena, plucked up the courage to audition for BIDCA’s well-known Christmas show at 9 years-old. The performances run every year to raise tens of thousands of pounds for BIDCA, with audiences attending from all local SEN schools, as well as members of the public and their children.

Following a successful audition at age 9, Sydney has since performed in the Alice in Wonderland, Wizard of Oz and Mary Poppins Christmas performances, alongside gaining her Level 6 Silver award as a member of the National Ice Skating Association.

Over the three-year period, over 22,000 audience members have watched Sydney skate her perfectly-executed routines which come as a result of a lot of hard work and commitment. The cast, which features under 18s only, rehearse every weekend from September onwards, all whilst juggling examinations and homework. 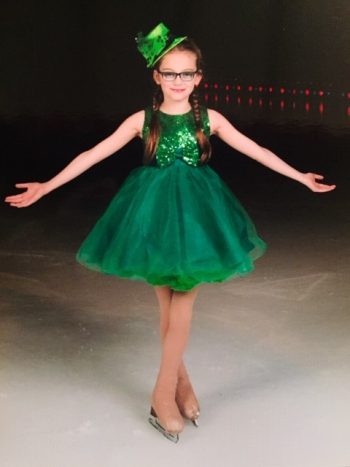