The syllabus taught by the Humanities Faculty covers the following areas:

The Department follows the new Edexcel course as we feel it offers the best balance between the acquisition of knowledge and transferable skills.

The themes covered will include; the changing nature of warfare, the experience of war for both combatants and civilians and finally case studies ranging from Agincourt through Waterloo to the Iraq war of 2003.

The Historical Environment: London and the Second World War, 1939 to 45.

The Department has run two successful trips to the Battlefields of Ypres and the Somme. In 2018 the Department ran its own First World War Commemoration trip following the stories of the old boys who fought and died in the conflict in Belgium and France.

In July 2017, we ran a three-day visit to Berlin with a focus on the Cold War and life in the GDR. In 2019 this was expanded to a 5 day trip that also visited several sites linked to the perpetration of the Holocaust.

In December 2017, our Sixth Form took a two-day trip to London which included visits to Parliament and several Museums.

The Department has established links with the Holocaust Education Trust. In November, each year, at least two Sixth Form students are invited to take part in a three-day course: Lessons from Auschwitz.

In December 2017, the Department was the venue for a temporary exhibition on the life of Anne Frank, this was organised through the Anne Frank Trust and in 2018 we organised a day trip to visit the Anne Frank House Museum in Amsterdam. 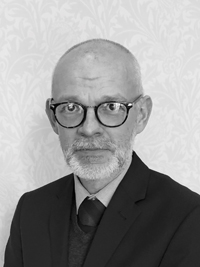