Click here for the latest information about how we’re protecting our community from Coronavirus (COVID-19)
Our Ofsted rated ‘GOOD’ Sixth Form is accepting applications. Apply now!
Click here to keep up to date with the latest school news and events.
Games

The department’s approach caters for pupils of all differing physical abilities. Whilst it is driven by the philosophy of ‘Sport for All’, excellence is pursued wherever possible. Every student accesses a wide variety of physical and sporting disciplines: opportunities to participate in school and house sport are available in abundance. Those displaying potential are encouraged to develop; those with talent and ability are challenged to excel.

QEGS offers a traditional games afternoon for both boys and girls each six-day working cycle. Games are compulsory for all students in Years 7–10. Most students undertake a different sporting activity every five cycles, while members of school football, rugby, netball, athletics and cricket teams are withdrawn from the schedule to receive additional specialist coaching. Games are compulsory in Years 11-12 and presently optional for Year 13. A wider range of sporting activities is available with facilities and expertise hired as appropriate. Additional activities currently on offer include climbing, squash, sailing, ice-skating, skiing and snowboarding.

Pupils can opt for the academic study of Physical Education at both GCSE and A level in addition to their regular weekly PE lessons (AQA Examination Board). The study of the subject is interesting, stimulating and potentially highly rewarding.

On-site facilities include a large gymnasium, a fully equipped fitness studio, and a six lane 25-metre swimming pool, one of the principal training venues in the north-west and used by several local swimming clubs.  The pool is equipped with an Olympic Standard Omega timing system. In addition, some PE lessons incorporate the use of the local park and the cricket ground at the East Lancashire Club, both adjacent to the main school building.

The school’s Harrison Playing Fields, a mile away at Lammack, have extensive indoor and outdoor facilities. There are two rugby and four soccer pitches, three cricket squares and courts for netball and tennis, plus a sports hall large enough for six badminton courts and two cricket lanes.

The school’s 1st XI pitch is acknowledged as being one of the finest within the county and the pitches are also used from time to time by Accrington Stanley Youth and the Blackburn Community Sports Club with whom the school enjoys an excellent ongoing partnership. A new purpose built changing facility costing £750,000 and attached to the sports hall, was opened in March 2011 by former parent and Chief Executive of the PFA, Mr Gordon Taylor OBE. The Lammack facility is a major hub site used by the Lancashire Cricket Board in delivering coach education courses to prospective coaches across the county

QEGS competes against other schools in more than twelve sports and enjoys a national reputation in football, cricket, swimming and most recently golf. QEGS regularly provided players who represented the Independent Schools Football Association (ISFA) at under 16 and under 19 level. The school has historical links with Blackburn Rovers FC (old boys of the grammar school helped form the club in 1875), Accrington Stanley FC, Lancashire County Cricket Club. All acknowledge QEGS as a sporting centre of excellence where competition is valued and sporting conduct nurtured.

Sport England, the country’s leading sports development agency, recognised the school’s ongoing commitment to Physical Education and sport by awarding QEGS Sportsmark Gold status back in 1999. In 2002, the school then became one of only 15 nationally to receive Sportsmark Gold with Distinction, the highest award possible which was then further retained in 2005. Our status has most recently been further upgraded by the Association for Physical Education to ‘Quality Mark with Distinction’ status.

The school, winners of the Independent Schools FA Cup for the third time in 2004, has an enviable record of alumni links with a range of professional sporting clubs. It maintains a strong relationship with Blackburn Rovers Academy, where both Frank Fielding and Josh O’Keefe became senior players at Ewood Park in recent times.  Frank is now an England U21 International and is playing at Bristol City FC having tasted full international experience under Fabio Capello. James Beattie, formerly with Blackburn, became a full England international while playing for Southampton and has played at Everton, Sheffield United, Blackpool & Rangers.  Having been manager at Accrington Stanley and thereafter 1st team coach at Swansea City and Leeds United, he is now coaching at Middlesbrough FC. Chris Porter has played for Bury, Oldham Athletic, Motherwell, Derby County, Sheffield United and is now Crewe Alexandra’s leading striker.

Professional golfer and former World Junior Champion Nick Dougherty has tasted success on the European Tour and won the Alfred Dunhill tournament in 2007, while athlete Matt Wood achieved England under-18 honours while still in the Sixth Form at QEGS.  Joshua Walsh competed for Team GB in two recent World Swimming Championships {Shanghai 2011 & Barcelona 2013) and just missed out on a relay place in the London 2012 Olympics. Michael Brown retired from professional cricket in 2011 after having spells at Middlesex, Surrey and Hampshire. His brother David Brown was contracted at Gloucestershire CCC. Alex Davies completed his A levels whilst playing for England in the U19’s World Cup in Australia. He made his full CB40 Lancashire CCC debut in 2011. In helping Lancashire to gain promotion and win the T20 Finals in 2015, he was voted Sky TV’s ‘Man of the Match’. In 2017, he was selected to tour Australia with the England Lions and was voted Lancashire CCC ‘Championship Player of the Year’. Zeyn Mohammed became a fully contracted professional with Accrington Stanley FC in 2016 and Harry Gillam continues to tour the world in Aerial Ski Jumping events.

A message from the Director of PE & Games

“As you browse this section, I hope that you will sense the sporting pride and achievement we feel here at Queen Elizabeth’s. We are a school blessed with outstanding sports facilities, enthusiastic pupils and a committed staff keen to promote and foster all that is to be applauded in school sport.

As a ‘Quality Mark with Distinction’ school, QEGS was re-awarded this status in December 2017 by the Association for Physical Education (afPE) professional body. Nationally recognised for our commitment to Physical Education and sports provision, the school is amongst the first in the country to be bestowed this accolade. QEGS offers a strong extra-curricular programme plus breadth and balance in its curriculum, having developed key partnerships with local community sports clubs over many years in a range of sporting activities. Our philosophy is for every pupil to be offered the range of opportunity needed to achieve an ‘active lifestyle’, thereby easing the transition from school sport to sport in the community. The drive towards achieving and encouraging excellence through the code of fair play continues to remain at the forefront of our sporting policy”. 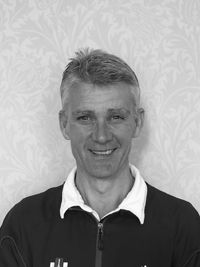 Dr ME Butler
Head of Physical Education and Games 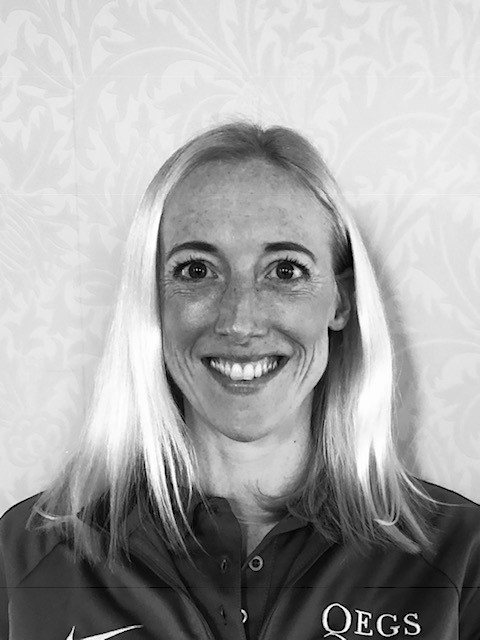