Each person wearing a silly hat was asked to donate £1, if they could do so, with many parents and carers generously donating more. Through all donations received, the event raised an impressive £738, surpassing the £500 fundraising target with ease.

Pupils in our Primary Phase also shared their funniest jokes across the morning with a winner in each Key Stage being announced shortly. The lucky winners will receive a voucher, chocolates and a very in-demand red nose!

We would like to say a huge thank you to each person who donated, supported the day and of course, wore their silly hats. 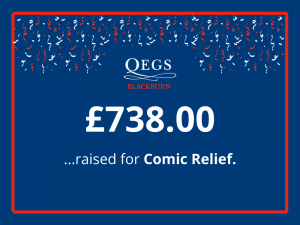