Staff and pupils took part in services across the school to remember those who gave their lives in service of their country. Year 11 pupils and students from our Sixth Form took part in a service in Big School, led by Head of Sixth Form Mr Park, whilst Year 7-11 pupils attended the main assembly hall for a service led by the Head, Mrs Gammon.

Following a reading by Mr Park and Mrs Gammon, silence fell across the school at 11am for 2 minutes. Staff and pupils then took part in a silent walk-by at the war memorial in Big School, to pay their respects to those who lost their lives in the two World Wars and conflicts since. 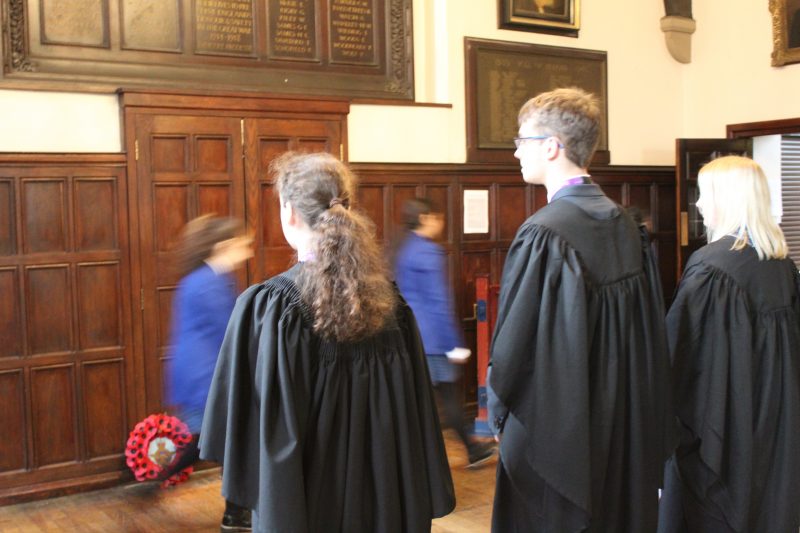