Pupils from QEGS held a Tea Time concert to showcase some of the performance work that has taken place in class and in their instrumental lessons. Musicians took to the Big School Dining Hall for 90 minutes of modern and classical performances, including a piece by Beethoven and hymns such as ‘O Holy Night’.

Pupils also performed modern classics, such as ‘Revolting Children’ (from the stage show Matilda) performed by 7EG1 Music Class and ‘Baby It’s Cold Outside’ by Eleanor, Rhys and Veronica in Year 11. Amongst the range of recitals within the evening, Year 8 pupil Erica performed ‘Skye Boat Song’ and joined Jaden Baron to play their variation of ‘Frere Jacques’, whilst Year 7 Guitar Group played the James Bond theme tune for the families and friends in the audience.

Congratulations to all those pupils involved and thank you for delivering such a sublime performance! 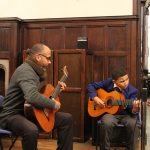 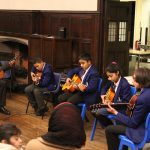 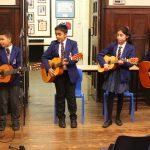 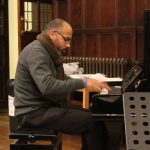 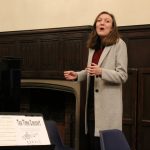 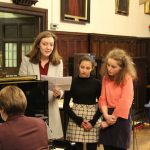 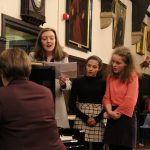 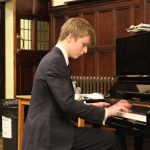 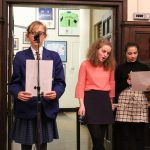 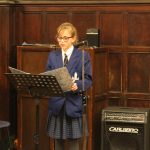 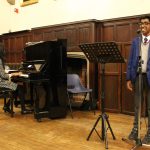 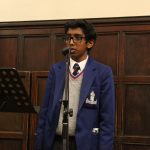 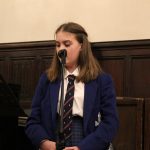 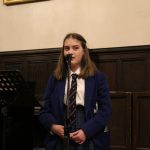 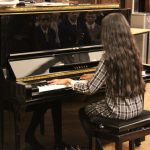 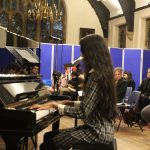 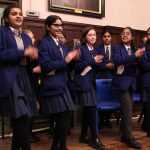 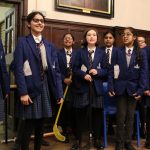 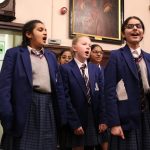 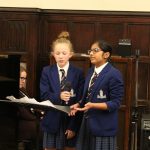 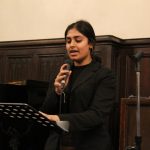 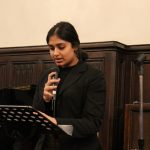 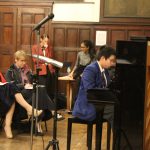 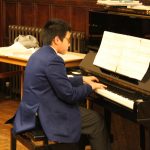 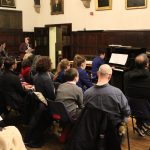 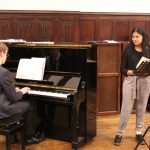 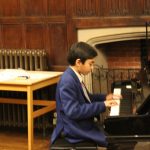 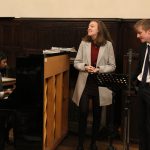 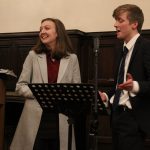