QEGS Has Got Talent!

Primary pupils in key stage 2 took part in auditions and knock-out stages in this year’s ‘QEGS Has Got Talent’ show.

It was wonderful to be able to welcome an incredible array of acts to the stage, some of whom were veterans of the Talent Show from previous years, and others of whom were debutants.

Twelve acts took to the stage in what was an explosive final, featuring outstanding vocals, expressive dancing, roof-raising music, and hilarious comedy.

First up was Year 6 girl group ‘Starstruck’. Judges commented on their super choreography, matching outfits, and confident performance. Next up, singer/songwriter from Year 4 Malaika Shahzad. Malaika wrote and sang her own song ‘Butterflies’, judges were blown away by her stage presence and lyrics and felt the song had a memorable melody. Year 6 pupil, Imaan Hussain, performed a cover of Diamonds by Rhianna with judges commenting on her sequined sparkly dress and clear vocals.

Our youngest finalist, Year 3 Cheerleader, Mikylah Musanhi dazzled onlookers with her triple cartwheel, working the whole stage with her routine and finishing off with the splits! Up next was singing sensation Hana Butt from Year 6, singing her version of Adele’s Rolling in the deep. Judges felt it was pitch-perfect and were shocked to learn Hana had never had singing lessons. Dancer, Inaya Mohammed from Year 4 worked the stage with her authentic Bollywood style moves and fancy footwork. Judges enjoyed the routine commenting on the huge smile on Inaya’s face throughout the whole performance.

Marwan Younes, Year 6, showed confidence whilst performing ‘believer’ by Imagine Dragons and Rohan Gupta, also Year 6, took to the Piano to perform ‘James bonds, No time to die’ theme tune, with Mrs Southworth commenting “perfection – the timing was spot on.”

Confident as ever was Ali-Hassan Murtaza our Year 6 comedian! He worked the audience and had them in fits of giggles. Mohammed Diallo in Year 5, wowed the audience with his recorder performance of Camila Cabello’s Havana, with judges commenting on his excellent finger control and great timings.

Year 4 Singer/songwriter, Shahad Almitwally, performed a beautiful original song and judges were impressed with her excellent stage presence and beautiful smiles throughout. Whilst Year 6, Humna Rana, impressed everyone with her keyboard skills and had the audience clapping along to her performance of Taio Cruz’s ‘Dynamite’.

The judges had an incredibly difficult task on their hands to select a winner from lower KS2 (Year 3 and Year 4) and one from upper KS2 (Year 5 and Year 6) because the talent had been outstanding from everyone.

However, there had to be two winners… Congratulations to Malika Shahzad, Year 4, and Mohammed Diallo, Year 5, who were crowned winners of QEGS Has Got Talent 2022!

Mrs. Southworth reminded all the finalists that they were all worthy winners and should be very proud of their achievements and performances.

A huge thank you to all involved! 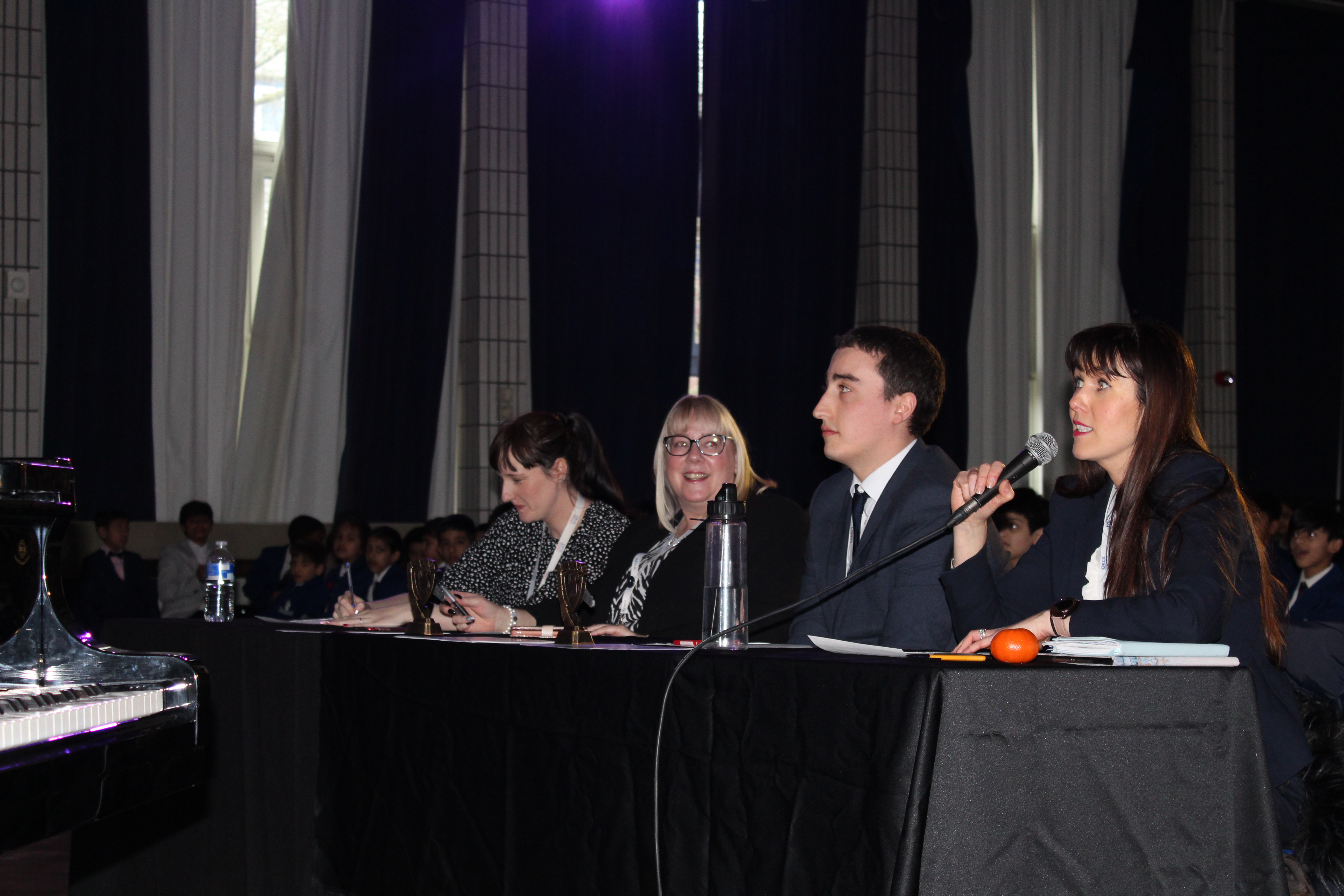 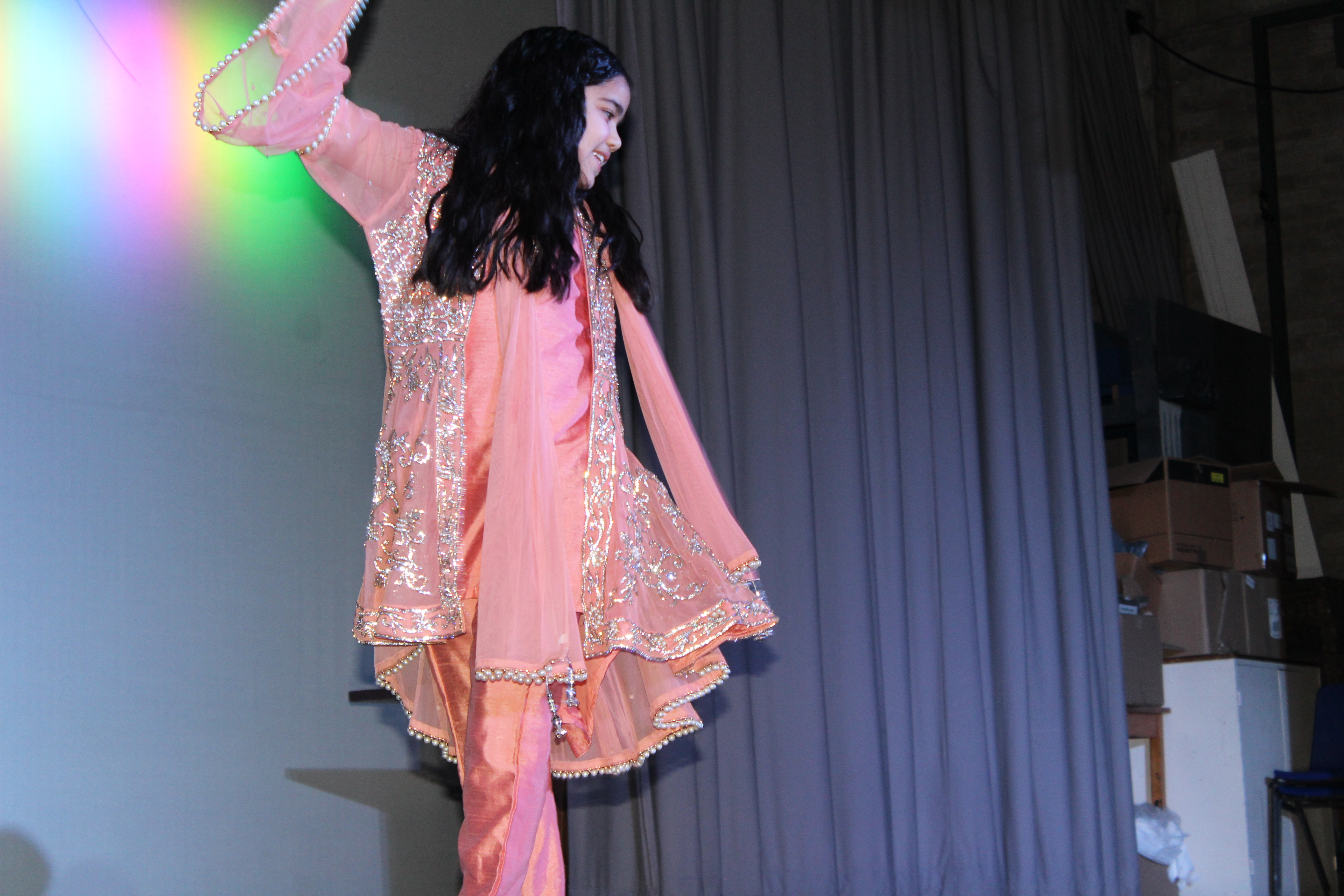 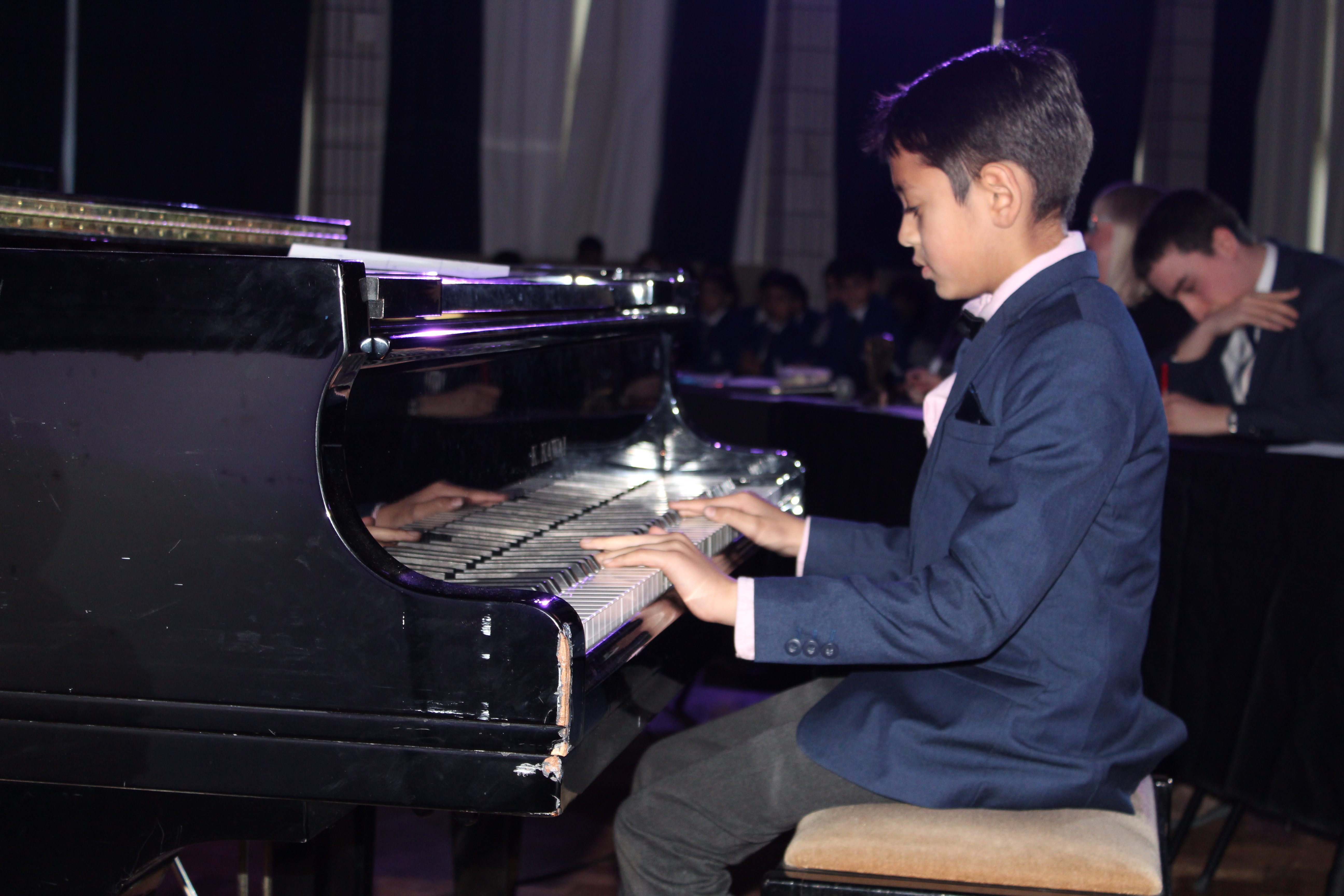 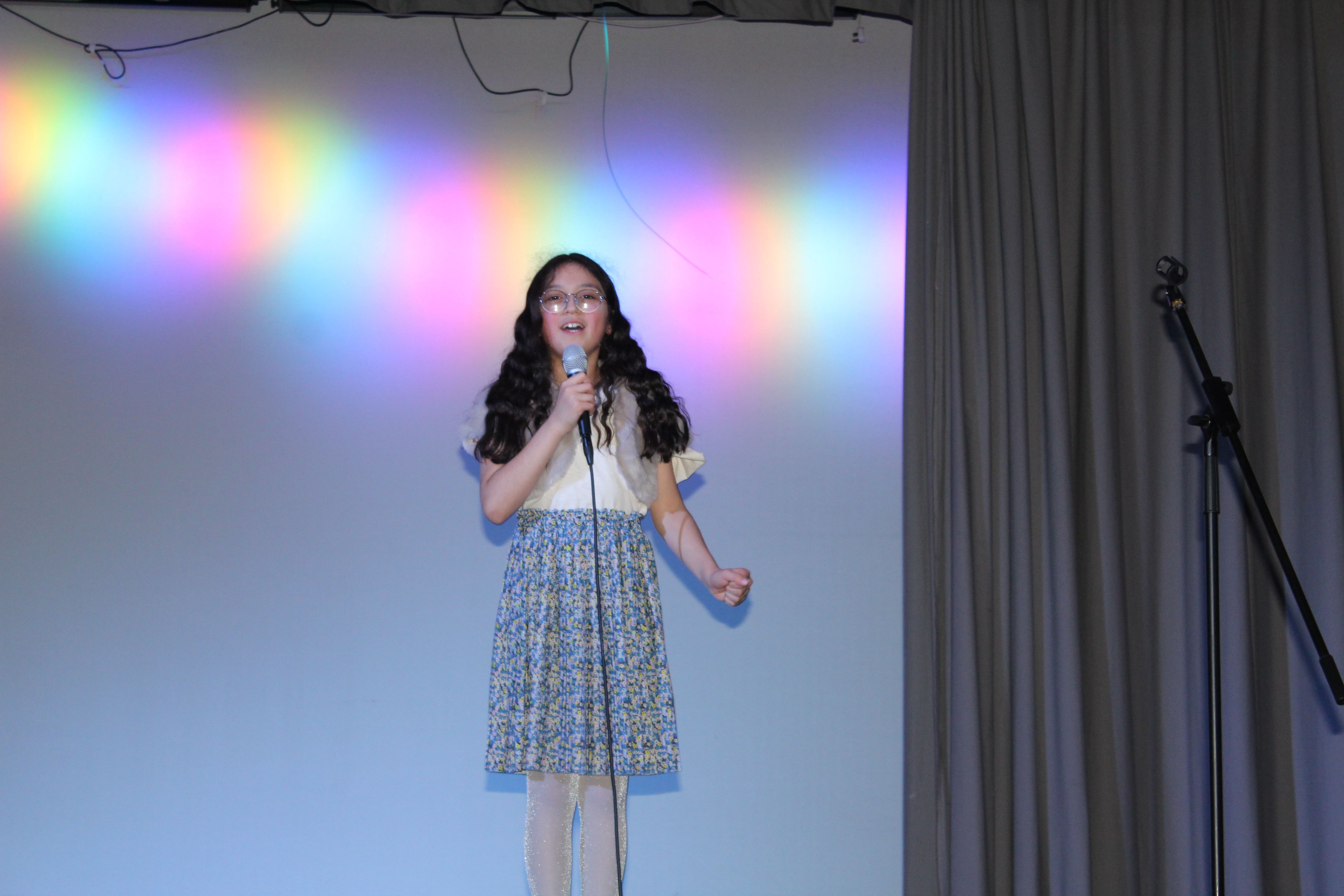 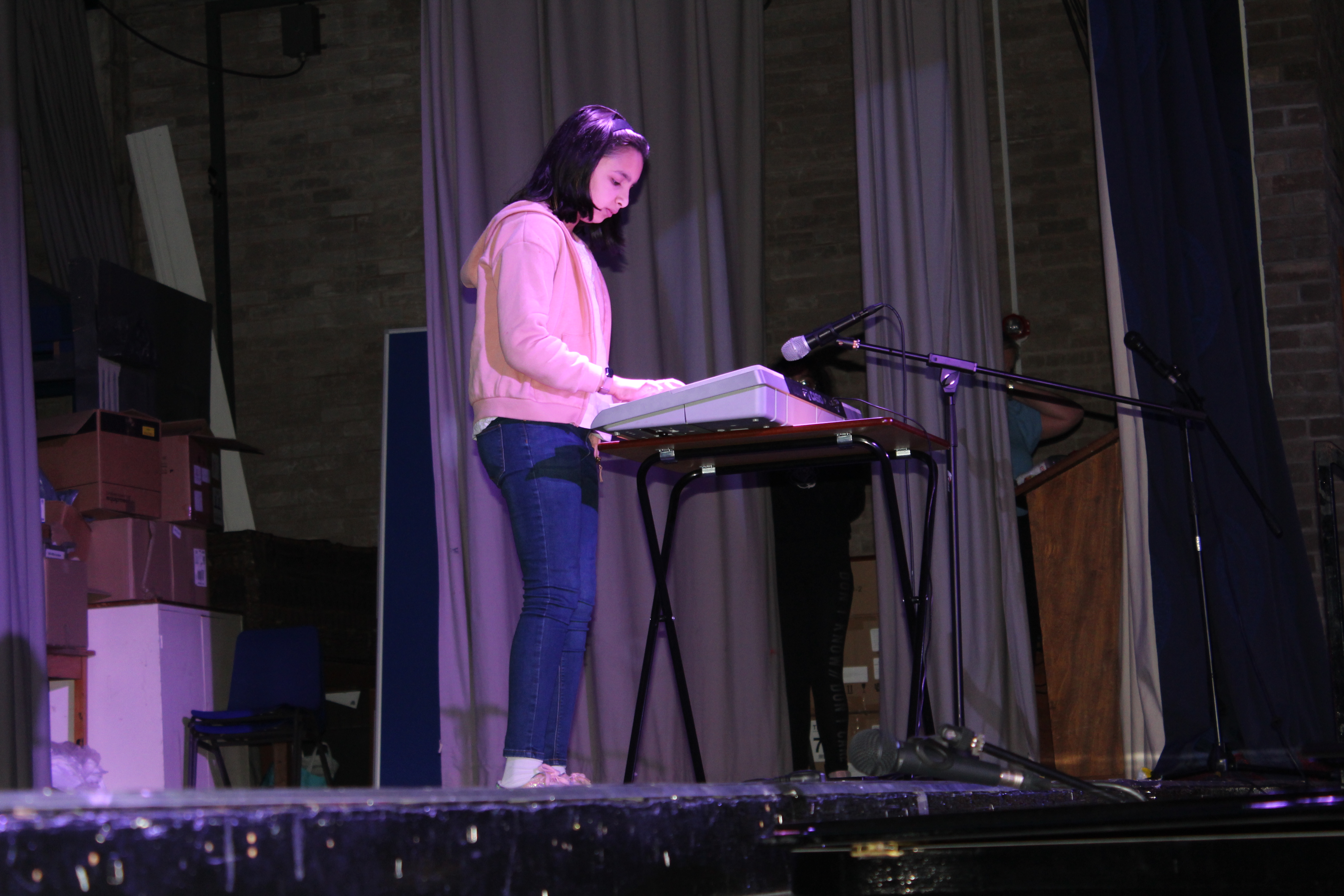 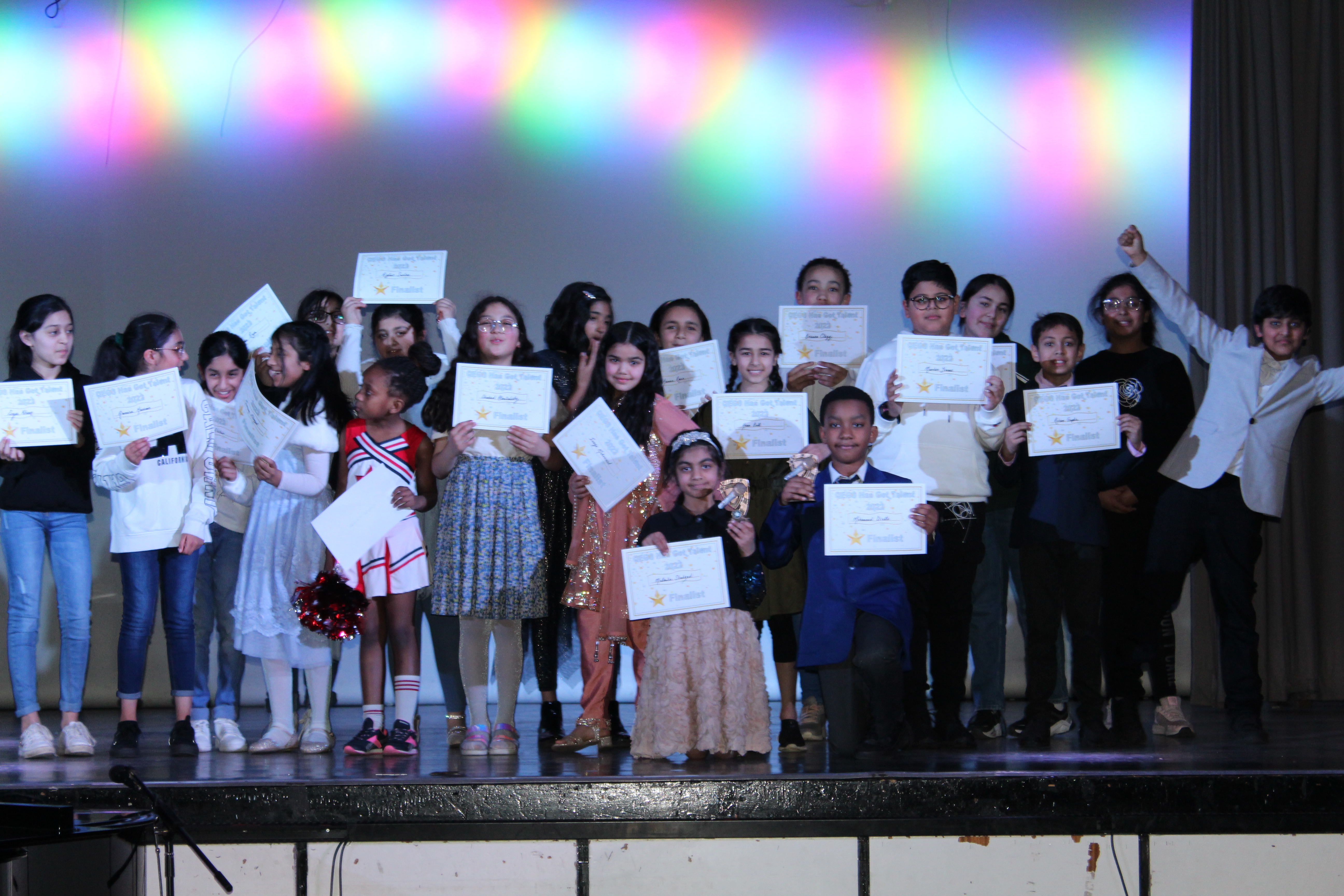 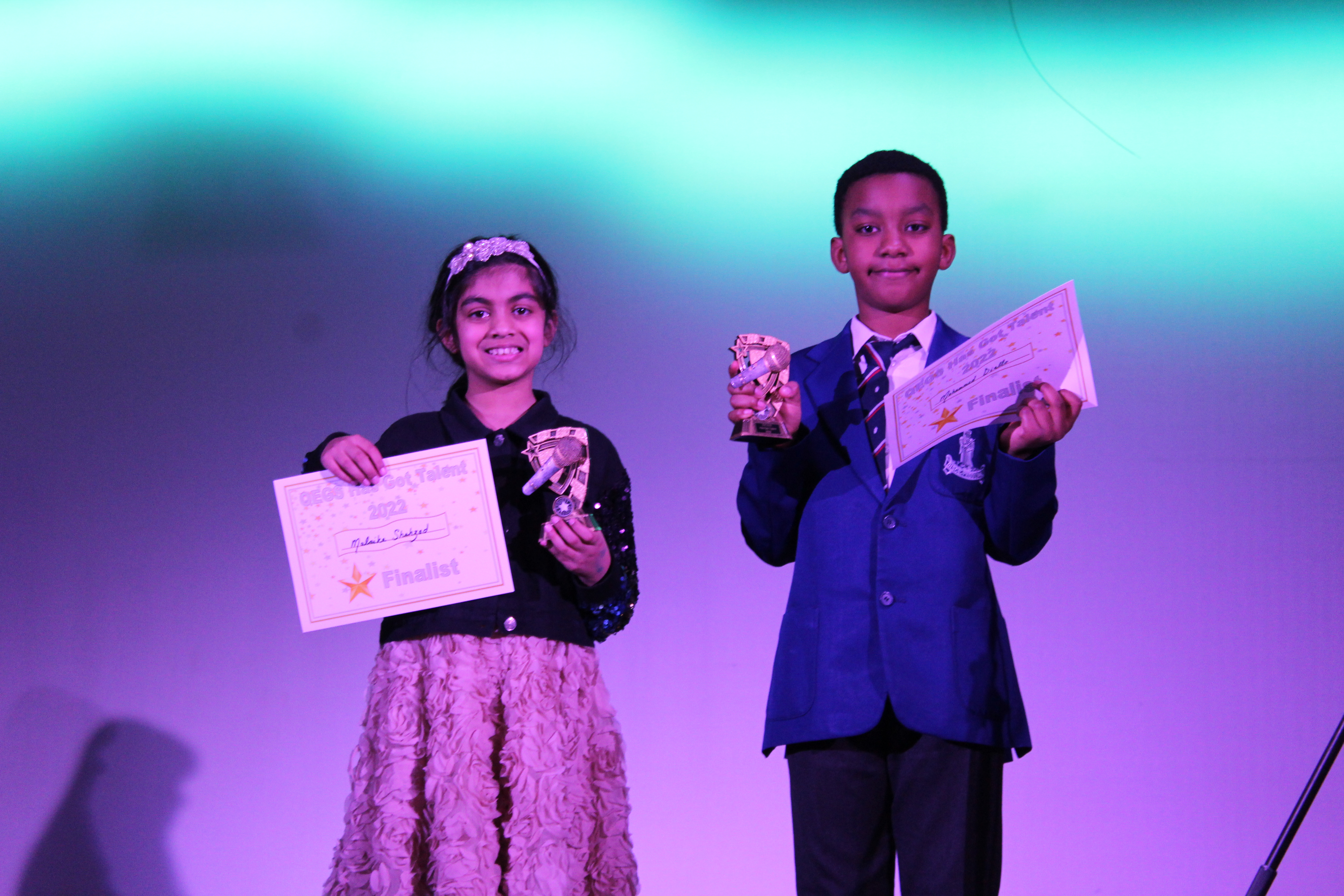