QEGS joined thousands of other schools and early years settings across the country by getting involved in an exciting one-day event called No Pens Day Wednesday.

For one day, our pupils and students put down their pens and all lessons and activities had a focus on speaking and understanding skills rather than writing.  There was a plethora of engaging activities across all phases of the school ranging from debates, drama and role-play to creating images from precise verbal descriptions and the creation of a human timeline.

In the Secondary School, some examples included:

Students in Year 13 took part in ‘Revision Jenga’ where they asked each other revision questions after each turn of the game.

Year 11 English pupils had a great lesson which was based on a poem by Brian Bilston. Half of the class read the poem in the order intended, whilst the other half read it backwards. Pupils evaluated the effectiveness of the poem within the context in which it was published and discussed how their perception of the poem could alter depending which way it was read.

In Maths, pupils used pop sticks to create 3d objects, looking at how many faces, edges and vertices could be seen on each object.

In the Primary School, a whole programme of activities was created with pupils making shapes from elastic bands, music and drama, role-play, story-telling to mention just a few.

This was a fantastic day which gave pupils and students the chance to practise their speaking and understanding skills for a whole school day.

Our pupils will be able to use what they have learnt from this day throughout the school year. 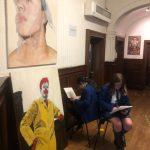 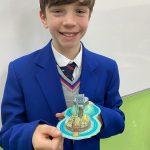 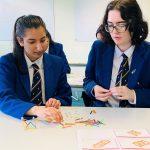 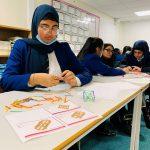 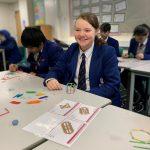 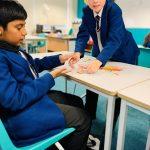 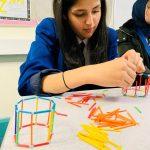 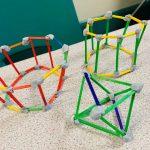 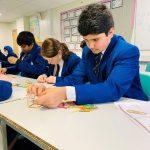 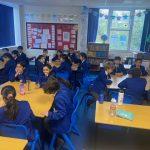 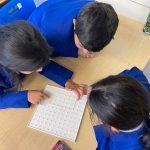 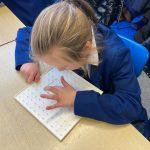