Earlier this week a group of pupils travelled to Castleford to compete in the National Schools Indoor Open Skiing Championships.
Marium Omar U14 girls, U14 boys Dan Eardley and Elliot Jones, U16 girls Sadie Merritt, Isobel Currie and Bea Clarke, U16 boys Muhammad Omar and U18 girls Isobel Jones, all took to the slopes and tried their best to reach the bottom with the fastest time of three tries.
Sadie Merritt managed a place on the podium, finishing 4th fastest in one of her three races.  She is now hoping, that with this result she may get invited to train with the National GB team.
In the Mixed Team Category QEGS ‘A’ Team came 5th with 12 points and QEGS ‘B’ Team finished 4th with 14 points. 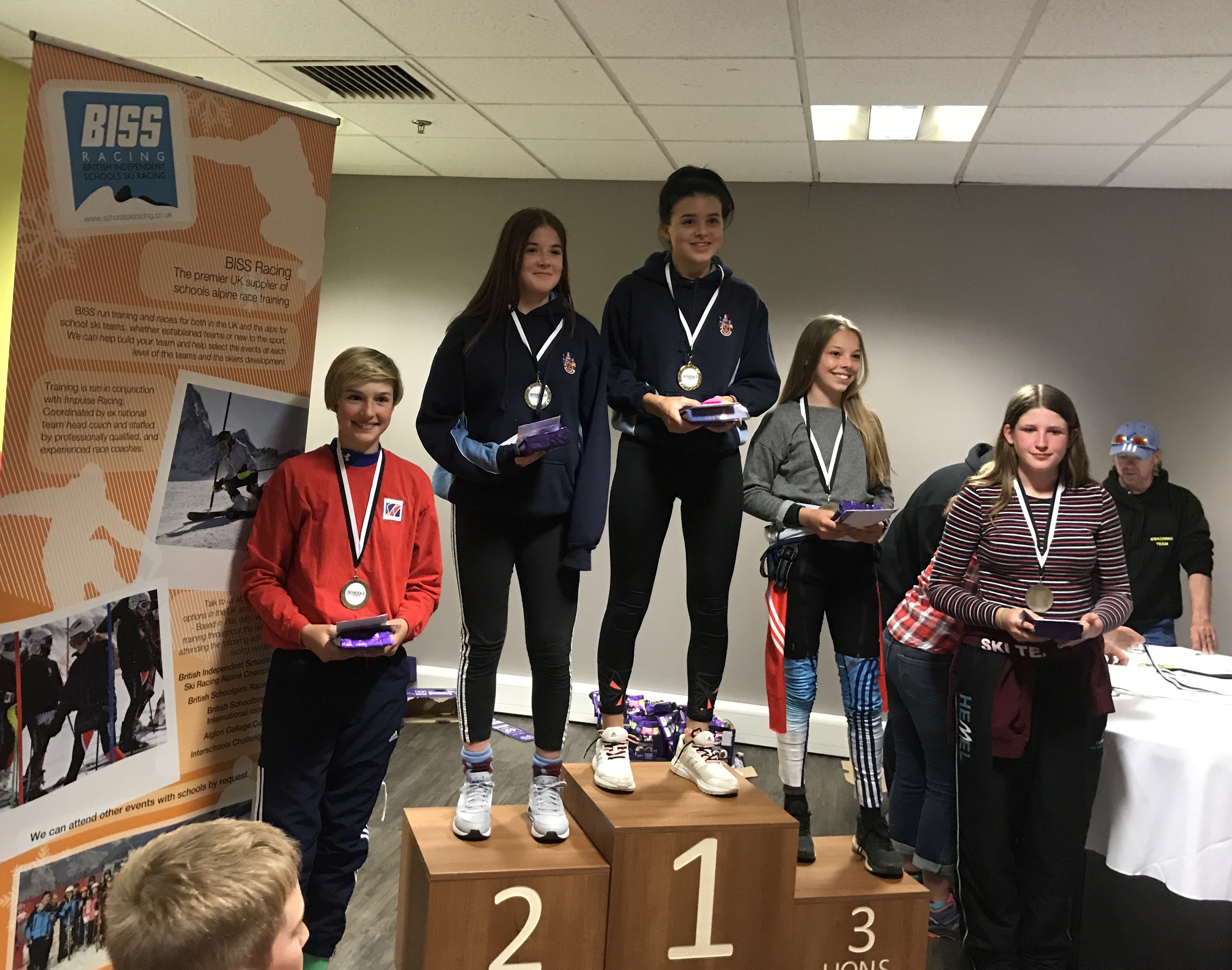