Keen literary pupils at Mrs Dewhurst’s lunchtime ‘Bookmark Club’ have been busy learning a new craft since returning for the new term and in turn have shown immense kindness to The Australian Animal Rescue Project.

The activity was launched at the start of Lent Term as budding crafters from the club began knitting and crocheting small items to help with the efforts in Australia, following the devastating bush fires that have reportedly killed over a billion animals.

Interest in the lunchtime activity has grown since the start of term with several more pupils getting involved with the task which ties in perfectly to this term’s theme of ‘Kindness’.

Generous donations of wool have been sent in to school from parents, carers and friends of QEGS to help with the project, with a mix of boys and girls in Years 7, 8, 9 and 10 taking the opportunity to learn new craft skills thanks to the support of Mrs Dewhurst and parent helper Mrs Abahlous EP Satia.

Staff have also shown interest and taken home knitting patterns to create their own contribution to the batch of pouches and nests that will be shipped out to Australia at the end of January.

A huge thank you to all of those who have contributed time or materials to this worthwhile cause. 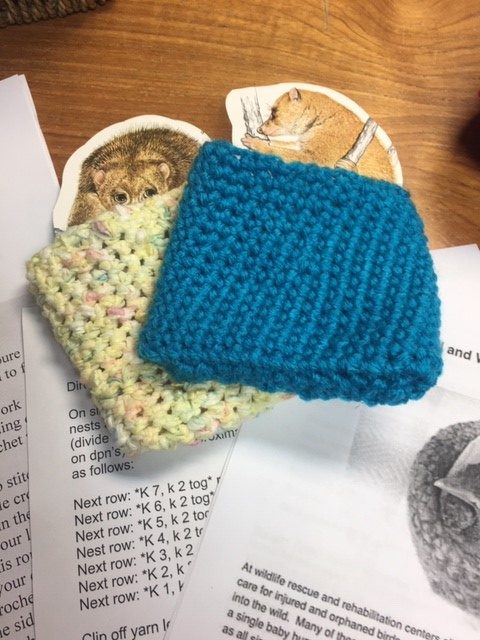