Click here for the latest information about how we’re protecting our community from Coronavirus (COVID-19)
Our Ofsted rated ‘GOOD’ Sixth Form is accepting applications. Apply now!
Click here to keep up to date with the latest school news and events.
Houses

The system of “Houses” was introduced at Queen Elizabeth’s nearly 100 years ago by then Head, Arthur Holden. Today every pupil belongs to one of the six Houses, each named after an Elizabethan sea captain. House assemblies take place each week giving pupils and students of all ages the opportunity to meet.

Belonging to Drake, Frobisher, Grenville, Hawkins, Howard or Raleigh gives a pupil or student another allegiance, beyond his or her tutor group and circle of friends. It also engenders a spirit of healthy, but friendly competition as each pupil or student earns points for the individual House towards two coveted awards, the winner of each being announced at Prize Giving each September.

Points towards the Marsden Merit Trophy are earned by way of credits for good, positive and helpful behaviour, as well as in teams in a range of “academic” activities, such as the keenly-contested House Quiz, Chess Competitions and Maths Challenges.

The Arthur Holden Trophy is awarded each year to the House that has amassed the greatest number of points in various sporting events, held throughout the year in (to quote just a few) badminton, basketball, cricket, football, netball, swimming, table tennis and tennis. The results from the athletics competitions that culminate in the annual Sports Day (held, for Senior School pupils and students, at Witton Park) also count towards the Holden Trophy, and there is a shield presented to the House declared the overall winner of the track events.

The House system is an integral part of daily life at Queen Elizabeth’s, reinforced by the school ties, which denote the House to which the wearer belongs, and the splendid stained glass windows in the dining hall, Big School, which pupils and students will see every school day. By promoting good behaviour and sporting participation as it does, it is a key part of the pastoral system at the school.  It also gives another opportunity for leadership for the House Captains and Vice Captains charged with fielding teams and liaising with those teachers who are appointed as Heads of House.

When former pupils and students return to Queen Elizabeth’s, they often enquire how their own House is performing and a recent addition to the “House corridor” enables them to see at a glance the winners of the Marsden Merit and Holden Trophy competition each year, going back to 1964, when the system of House competitions settled in its present form.

A splendid honours board, created by the Design Technology Department and updated each year, records the victorious House and means pupils and students (and former pupils) can take pride in the achievements of their own individual House. 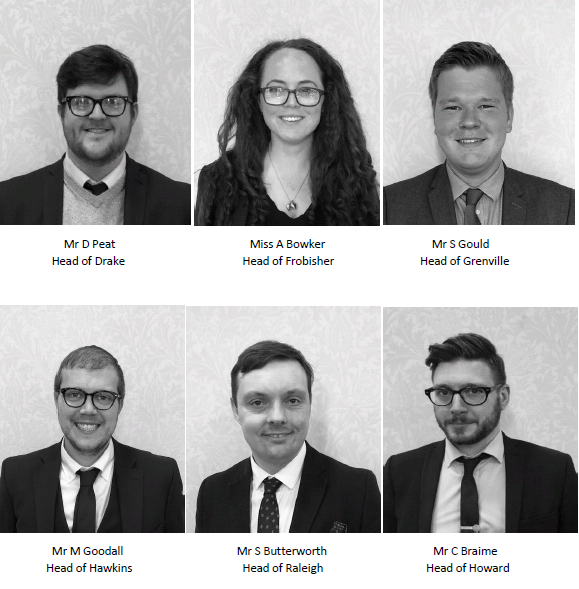