The 27th of January marked the anniversary of the liberation of Auschwitz-Birkenau, the largest Nazi death camp. The Holocaust threatened the fabric of civilisation, and genocide must still be resisted every day.  Our world often feels fragile and vulnerable, and we cannot be complacent. Even in the UK, prejudice and the language of hatred must be challenged by us all.

Pupils from Year 7-11 visited the Holocaust Exhibition & Learning Centre at the University of Huddersfield. Despite the tough topic matter, it was enjoyed by all, Pupils learned about the Holocaust, life if Nazi Germany and the stories behind the photographs. Pupils explored the stories of 16 Holocaust survivors who made England their home and our pupils hope to continue to use their voices to stand up against hatred today.

Following on from our visit to the Holocaust Exhibition & Learning Centre, Pupils together with upper Sixth Form historians created the attached video Holocaust Memorial 2022. 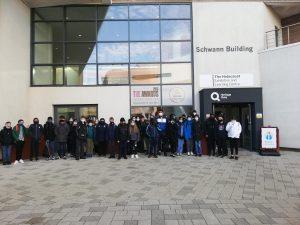 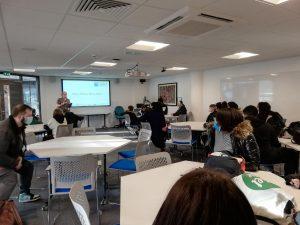 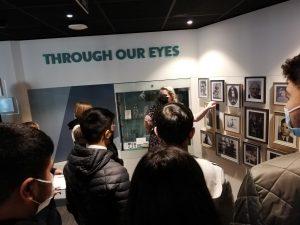