Representatives from The Football Association (FA) and a film crew spent the day at QEGS to film Primary Phase pupils ahead of the creation of a new girls’ football coaching portal.

The Girls’ Football Schools Partnership, delivered with the Youth Sport Trust, will offer a ‘FA Primary Teachers Award’ that aims to increase the number of girls playing football nationally.

84 pupils took part in the day with a mix of boys and girls from Year 2, 4 and 6 receiving coaching from qualified FA coaches. The content will now be used as a training tool by thousands of schools across the country who want to develop girls’ football at Primary Phase age.

Head of Primary Phase at QEGS, Mrs Heather Southworth, said: “It’s a huge privilege to have been selected by the FA for this project. They wanted to capture a realistic primary environment that would inspire teachers to integrate girls’ football into their sport provision and we’re really proud to have played our own role in that. We have a number of girls who love playing football at QEGS and go on to play for school teams within Senior Phase, so we are looking forward to using the portal to continue this success!”

Photos and videos will be shared in the coming months, once the new portal and award is open. 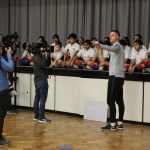 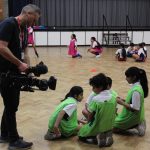 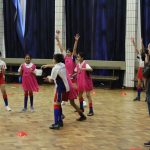 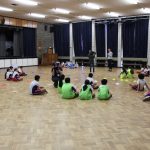 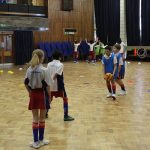 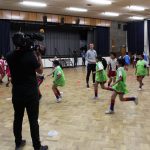 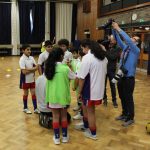