Anthony Ergo presented a dystopian workshop to Year 7 and Year 8 pupils on the 15th of May.  He mesmerised the Year 7’s with details of his novels and our eager pupils purchased a number of these, at the discounted price of three for £5.

The pupils explored the ingredients of a dystopian novel and then used these to work in pairs creating a plan to write their own stories.  The best idea of the day was attributed to a Year 8 pupil who planned a story that involved Hitler not being dead but instead being held on ice, finally to be defrosted in 2019 to rise as an evil tyrant again.

All pupils will be writing up their dystopian short stories; watch out for the best ones being displayed in the English corridor. 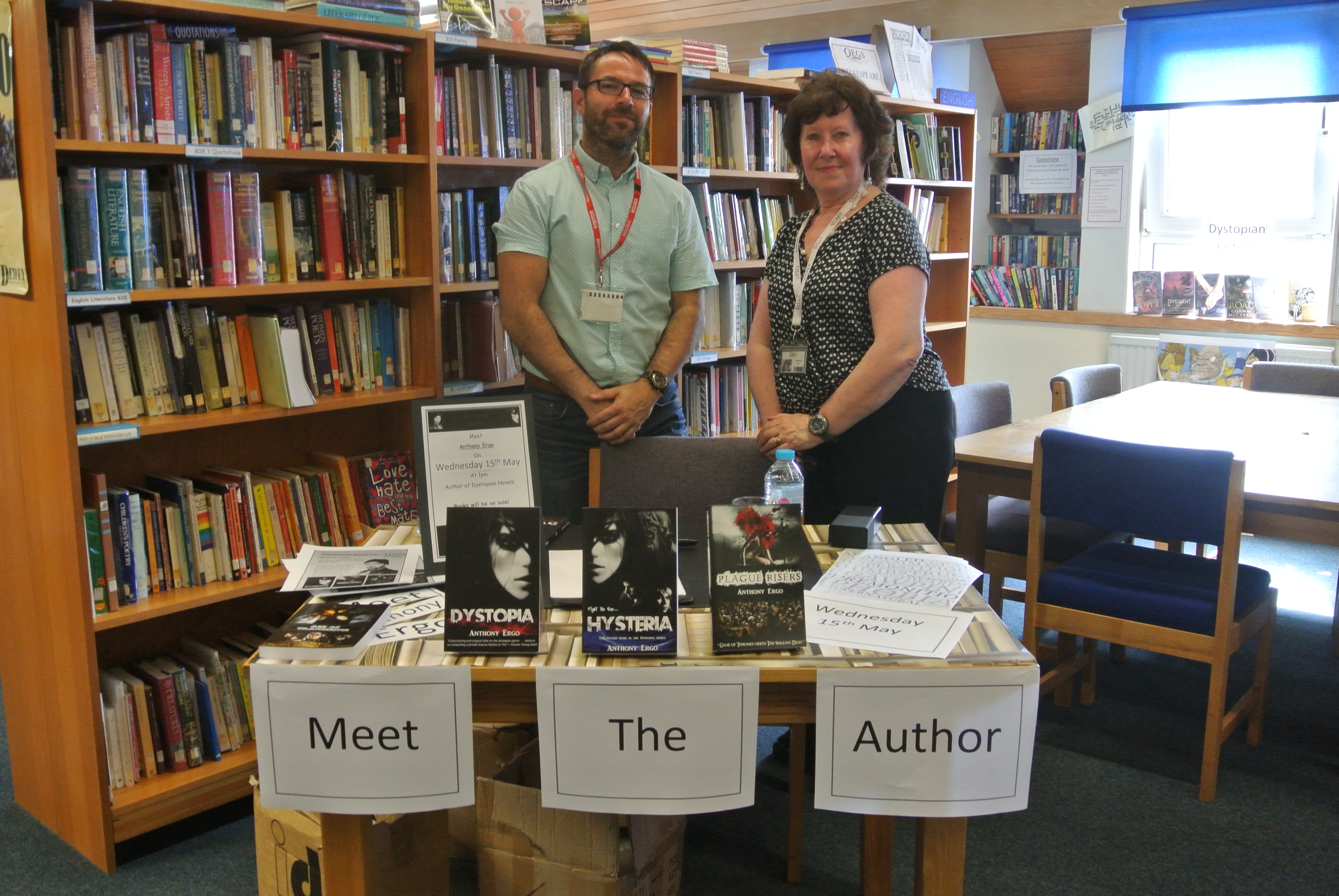 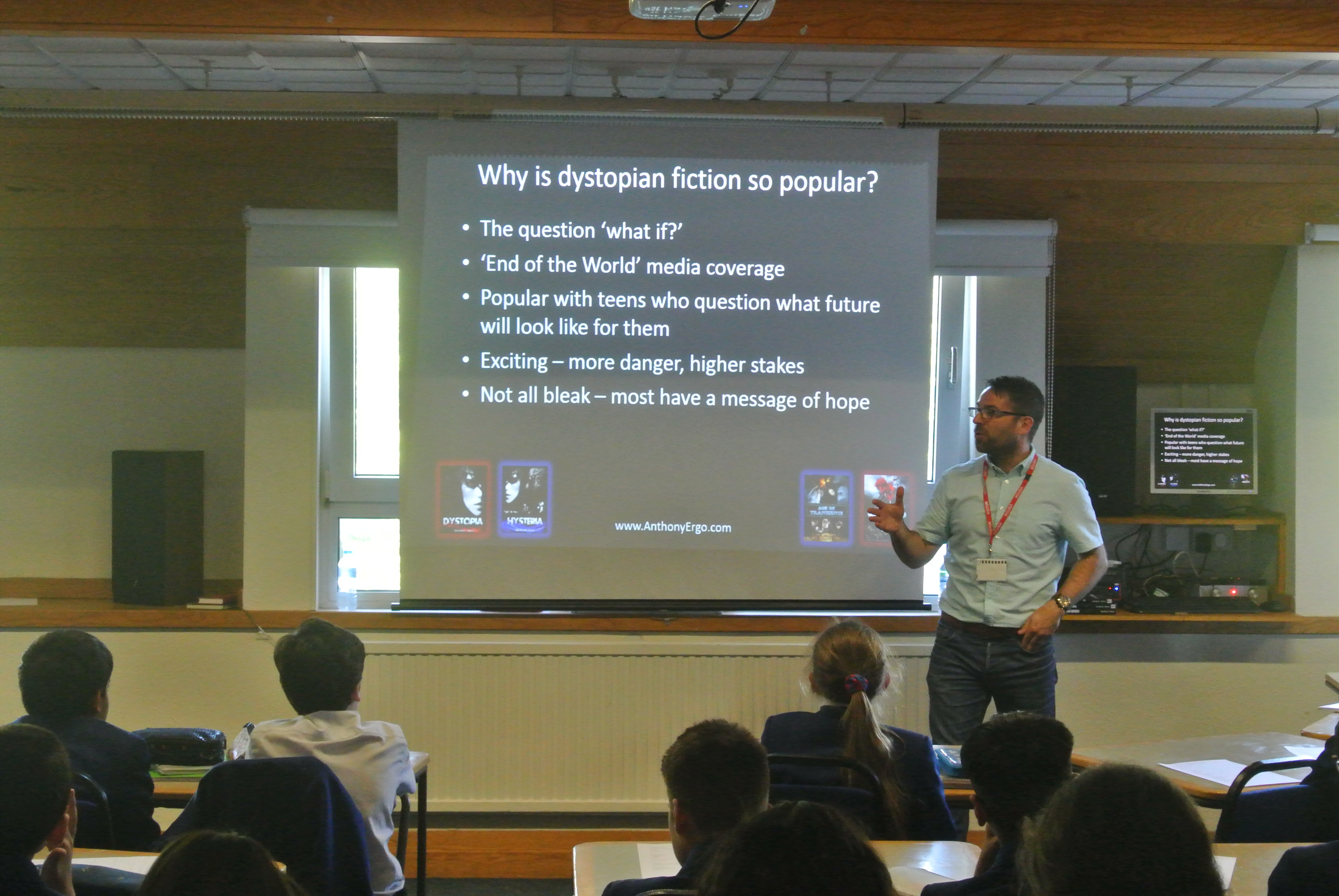 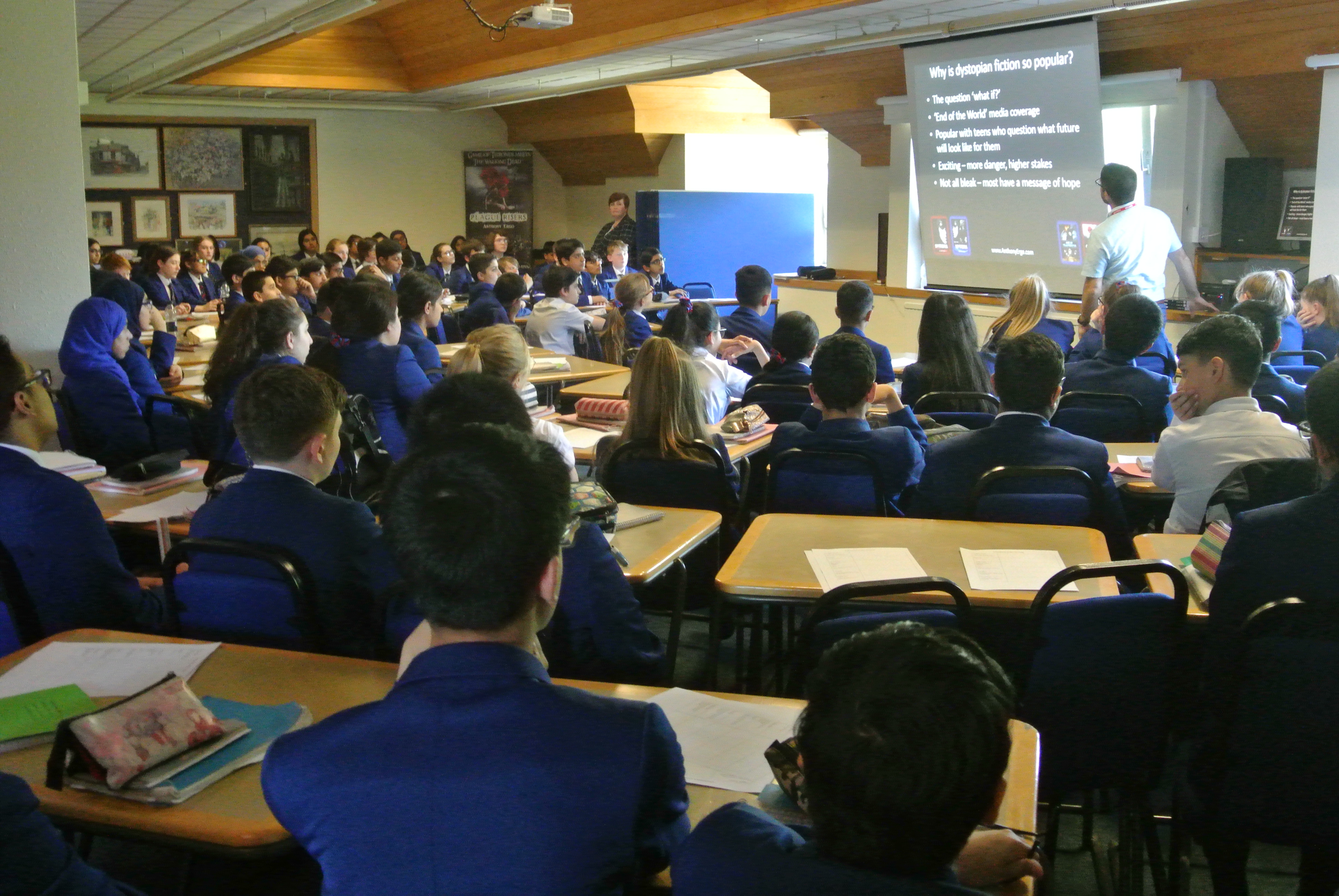