The Carol Service took place as usual in Blackburn Cathedral on the final day of the Michaelmas Term.  As well as the seasonal carols and readings, the service included a debut composition by our choir leader, Mr John Garrett, entitled ‘This is the Truth’. It opened with a solo sang by Sebastian Roberts (Year 11) and the QEGS Choir were joined by the Nelson Ladies Choir for this composition. Atmospheric effects were employed for the first time in the Cathedral as dry ice filtered down the altar steps whilst William Gedling processed down the aisle with a lit candle. William didn’t drop the candle once and nor did he set himself on fire. A triumph! O Holy Night by Adolphe Adam followed and then Jarvis Davies (Year 11) performed the instrumental solo on trumpet of Schubert’s Ave Maria accompanied by Sebastian Roberts (Year 11) on piano. Vivaldi’s Gloria was a rousing celebratory finish to the choir’s repertoire. Paige Feast (Year 7) sang the solo at the start of Once in Royal David’s City. The service was a real finale prior to the Christmas break. Many thanks to Mr Ventress and his readers and to Miss Berry, the music staff and the choir for the lovely music. 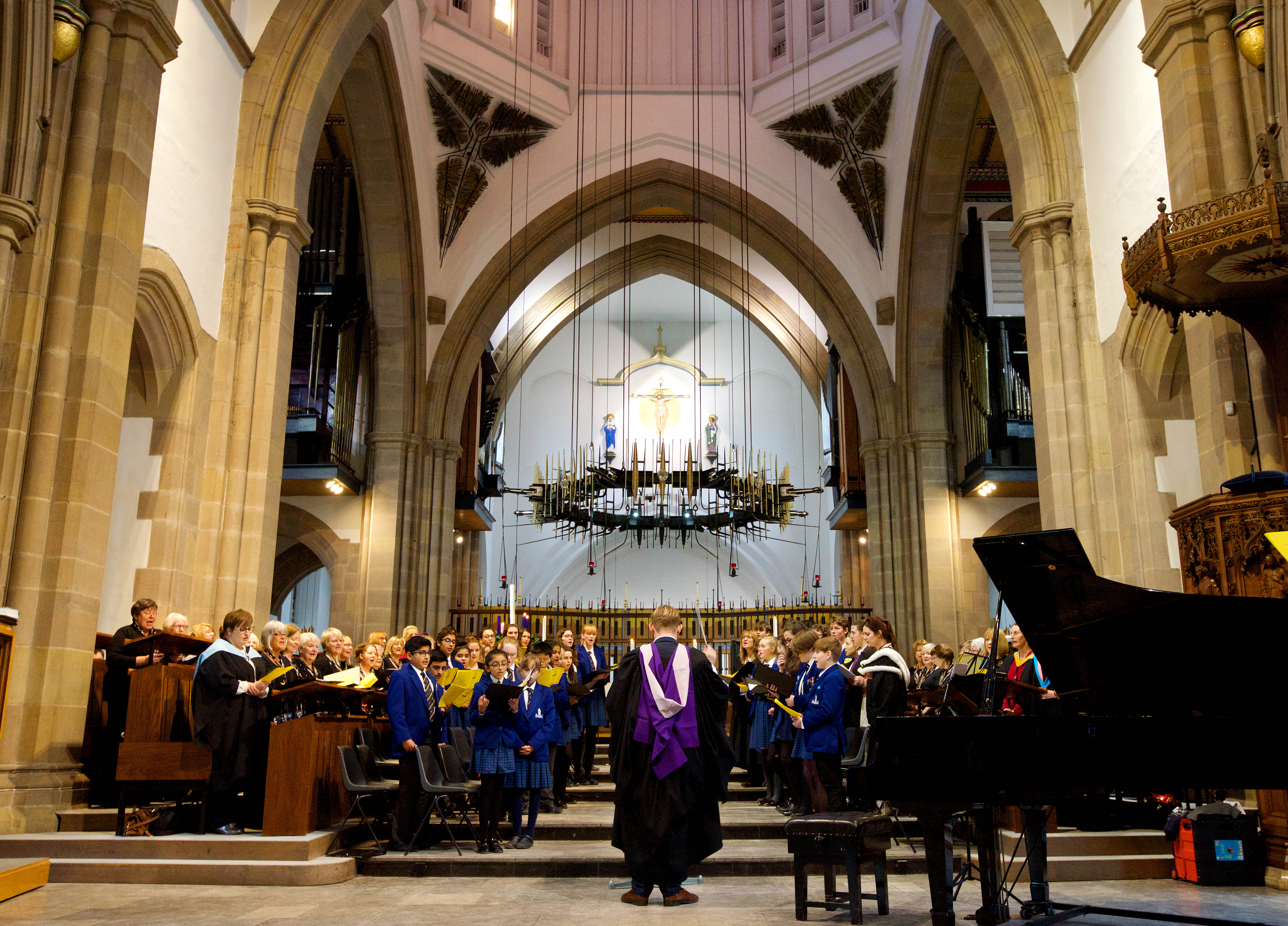