A visit from The Mayor & Mayoress of BwD

We were delighted to welcome The Mayor and Mayoress of Blackburn with Darwen, Councillor Derek Hardman and Mrs Colette Hardman, to Queen Elizabeth’s Grammar School this term.

The Mayor and Mayoress met with the Head Mrs Gammon and were taken on a guided tour of the Primary School by Mrs Southworth, Head of Primary School.

Discussions took place around the EYFS curriculum and how much it had changed over the years, with Mrs Hardman, reminiscing of the days their children attended QEGS Primary School.

A visit to the outdoor play areas saw excited pupils rush over to welcome our special guests. Pupils asked lots of questions about the chains the Mayor and Mayoress were both wearing.  The Mayor told pupils all about the ‘Chain of Office’ and explained that they are worn at every event whilst representing Blackburn with Darwen, the chain is made of gold with seven emblems inscribed with various royal insignia and the large oval medallion bears the shield of the Blackburn Borough Arms. Pupils asked how much the chains were worth, with the Mayor replying ‘a lot of money’, resulting in gasps and wows from the pupils.

Following the Primary School tour, a delicious lunch, served in the Garstang Room, was prepared by members of the catering team. Two pupils from each year group (Years 7 to 11) were invited to join the Mayor and Mayoress for lunch along with Mrs Gammon and Mr Vyse, Deputy Head.  Pupils were given the opportunity to feed back to the Mayor and Mayoress their own individual experiences regarding the Covid pandemic, what they appreciated about being at Queen Elizabeth’s and their ideas of what they would like to see improved in the BwD area for their generation.

A special thank you to our Primary school for being so welcoming, our catering team for a delicious lunch, and the pupils who were invited to join the Mayor and Mayoress at the lunch, you really did Queen Elizabeth’s Grammar School proud. 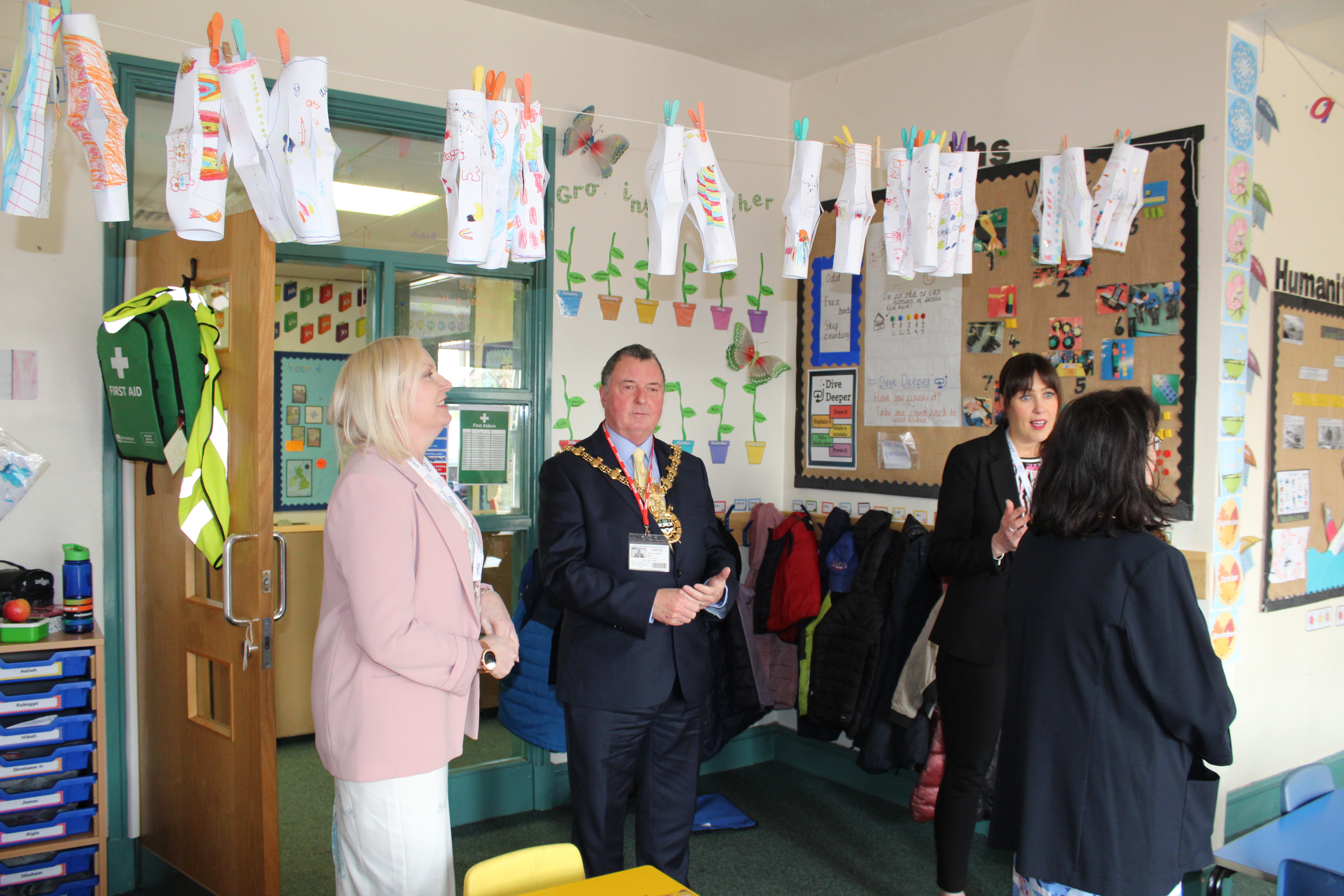 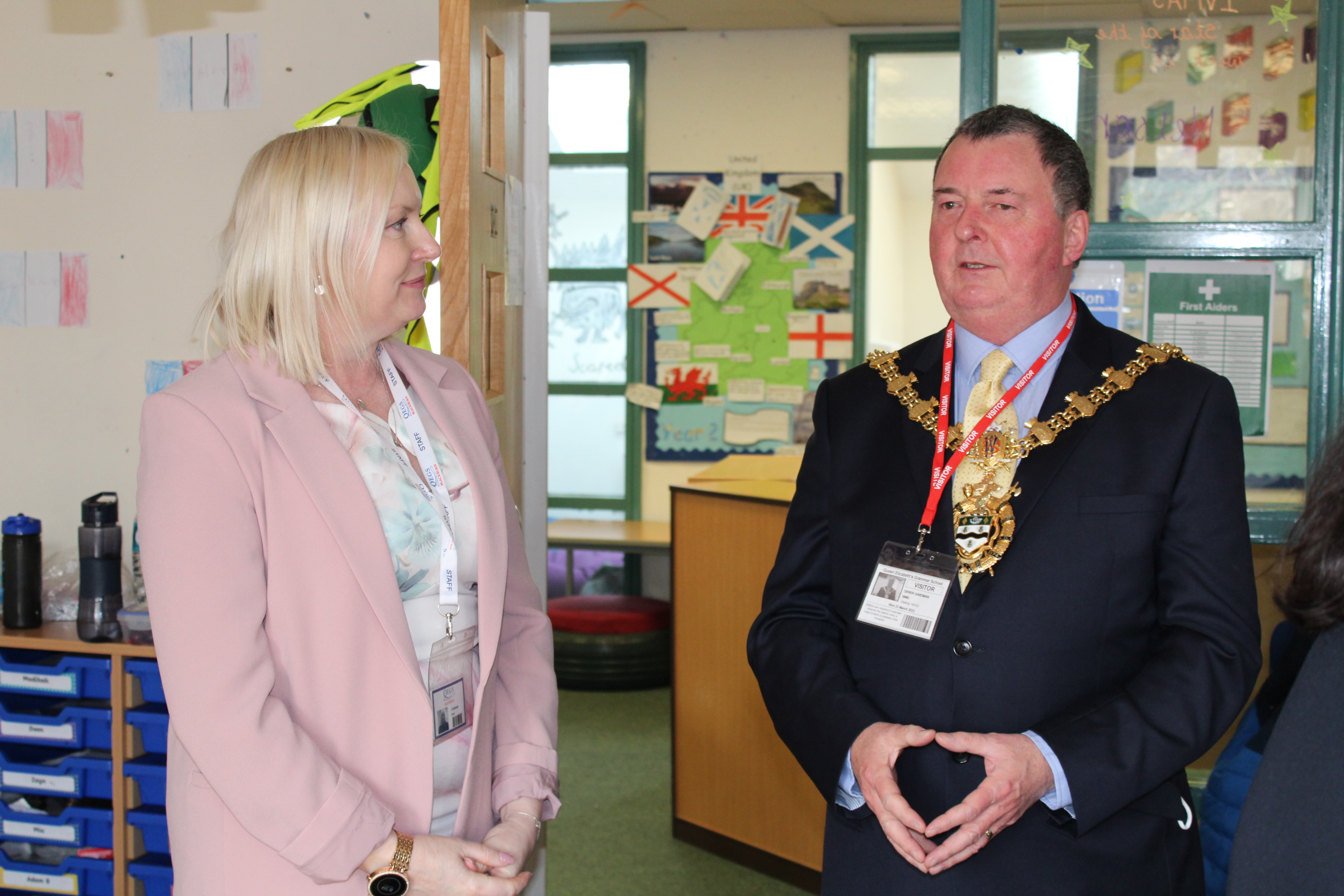 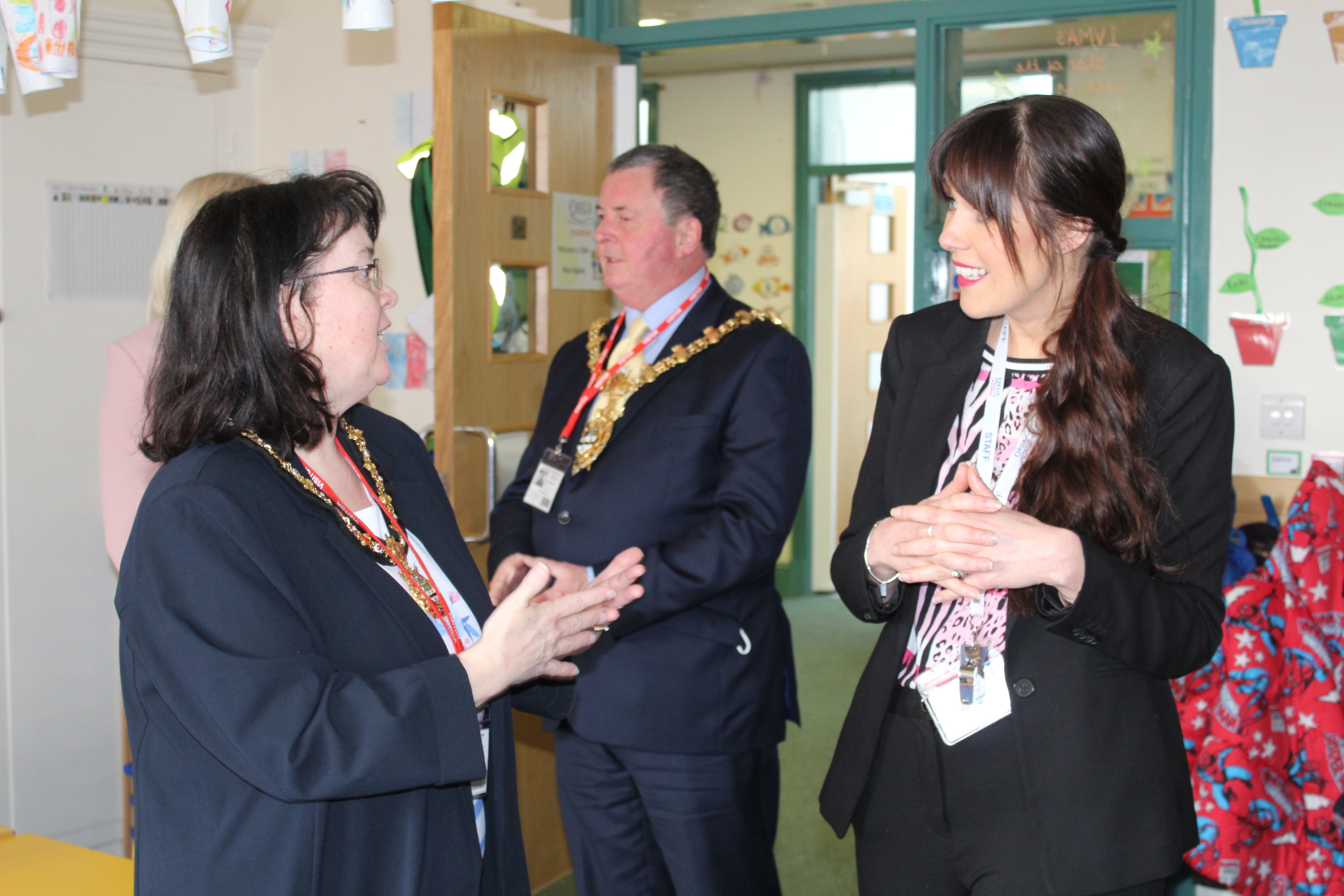 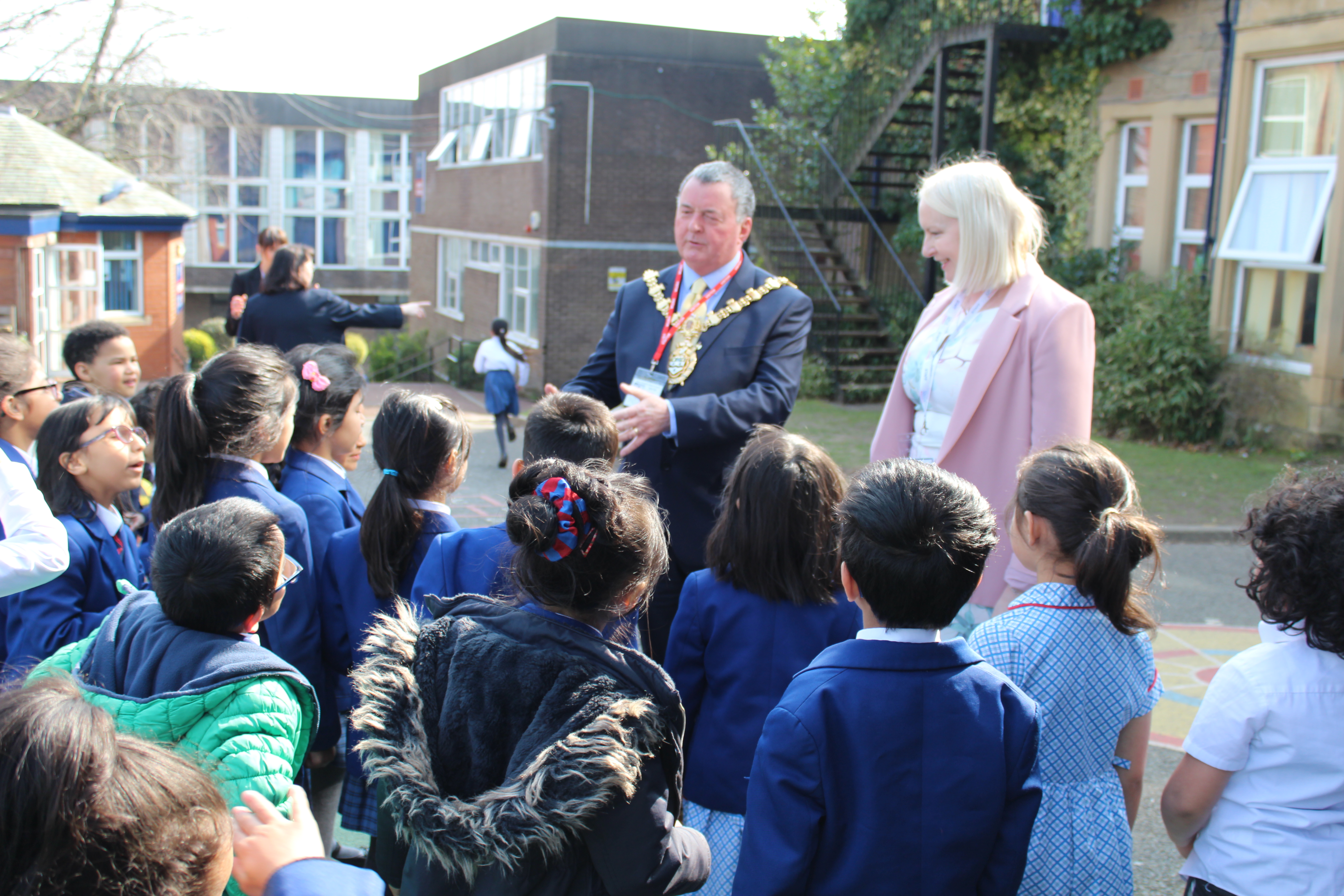 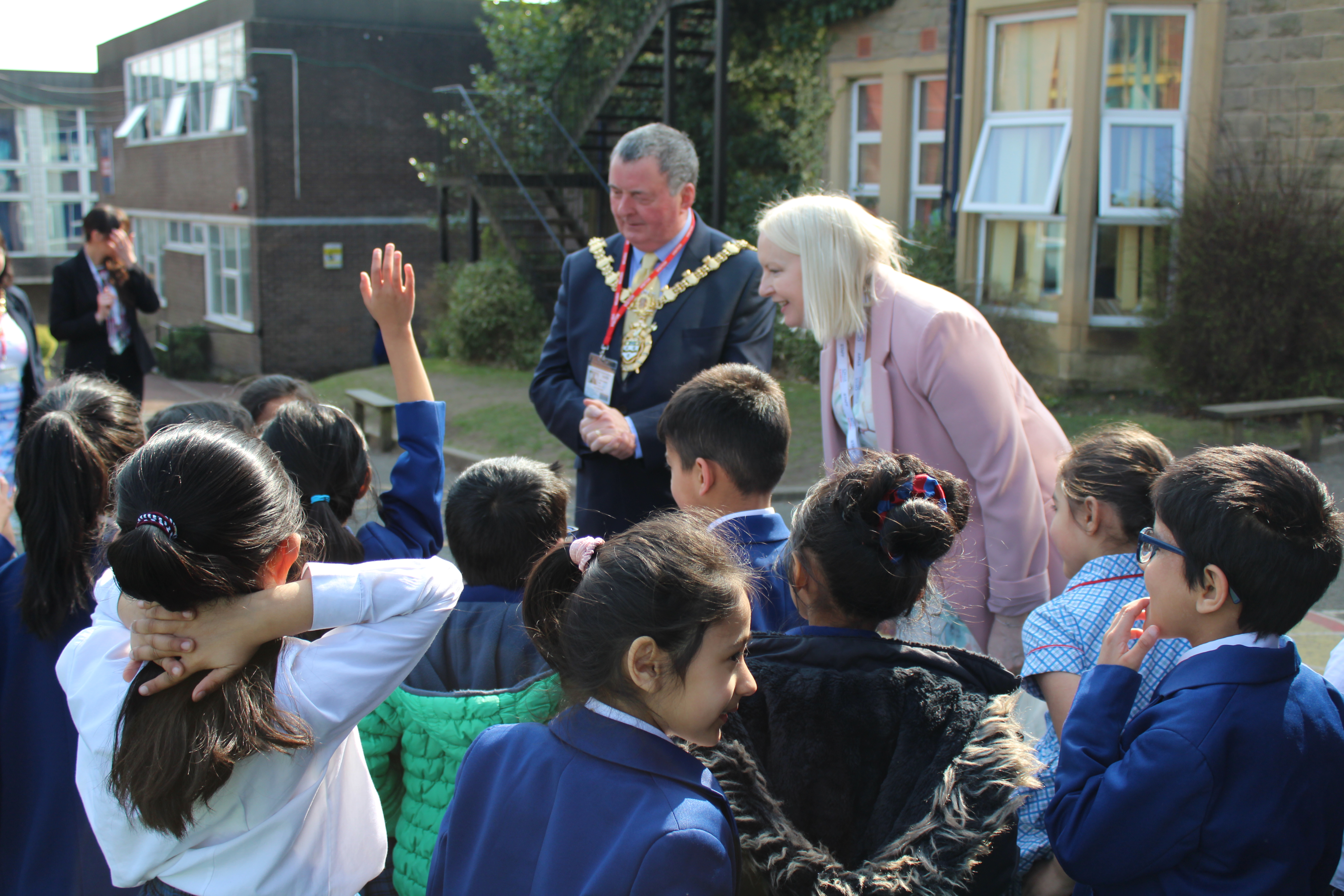 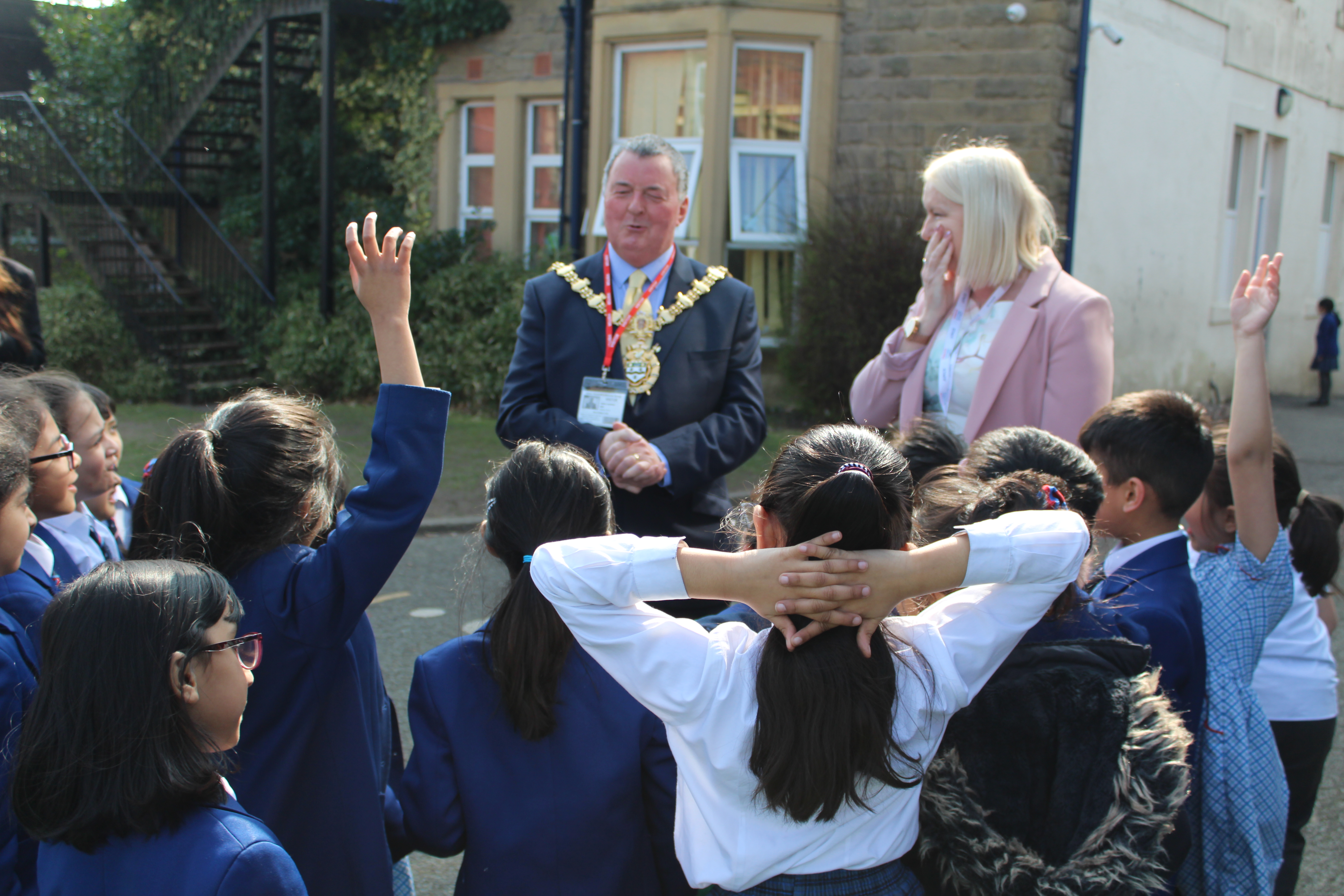 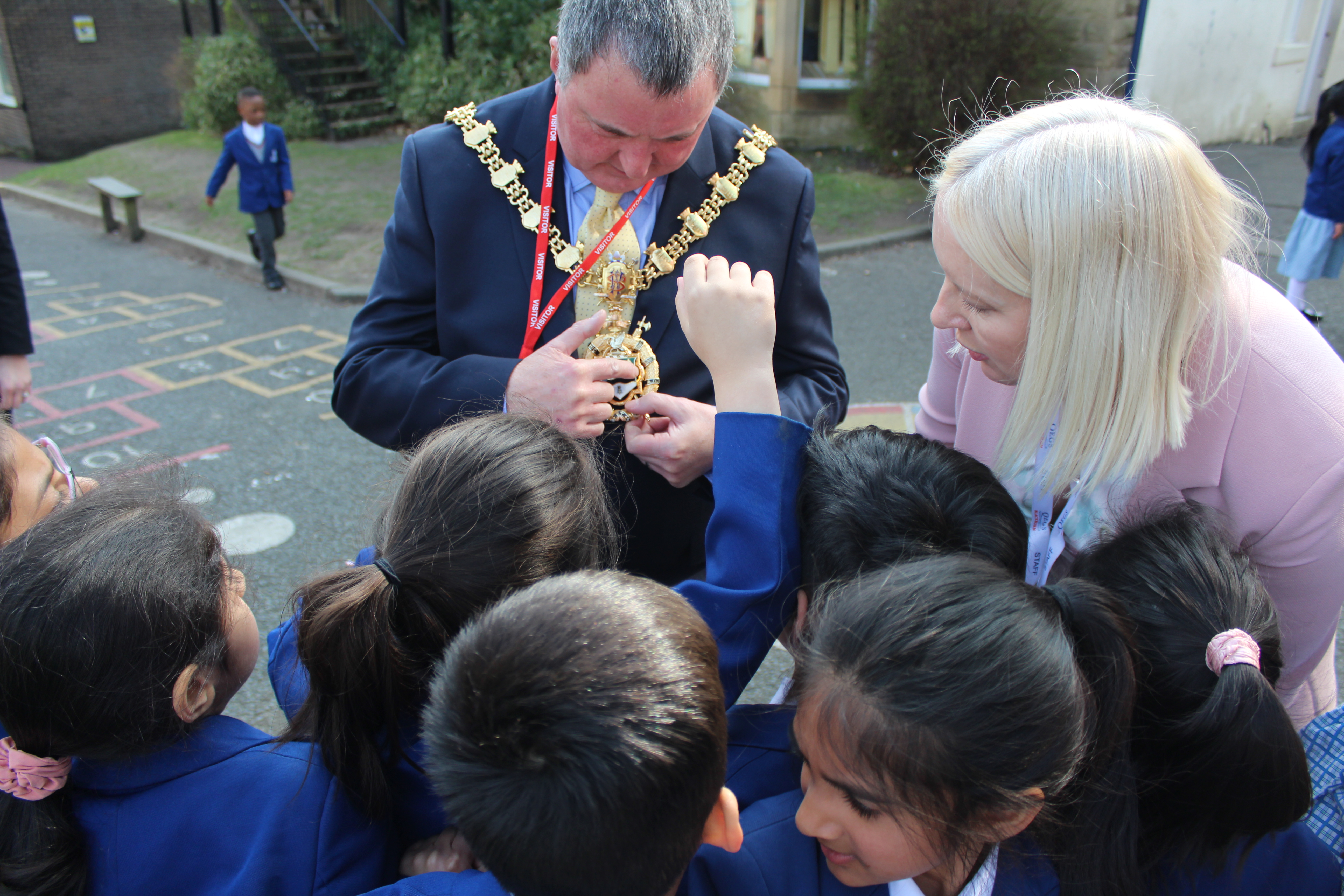 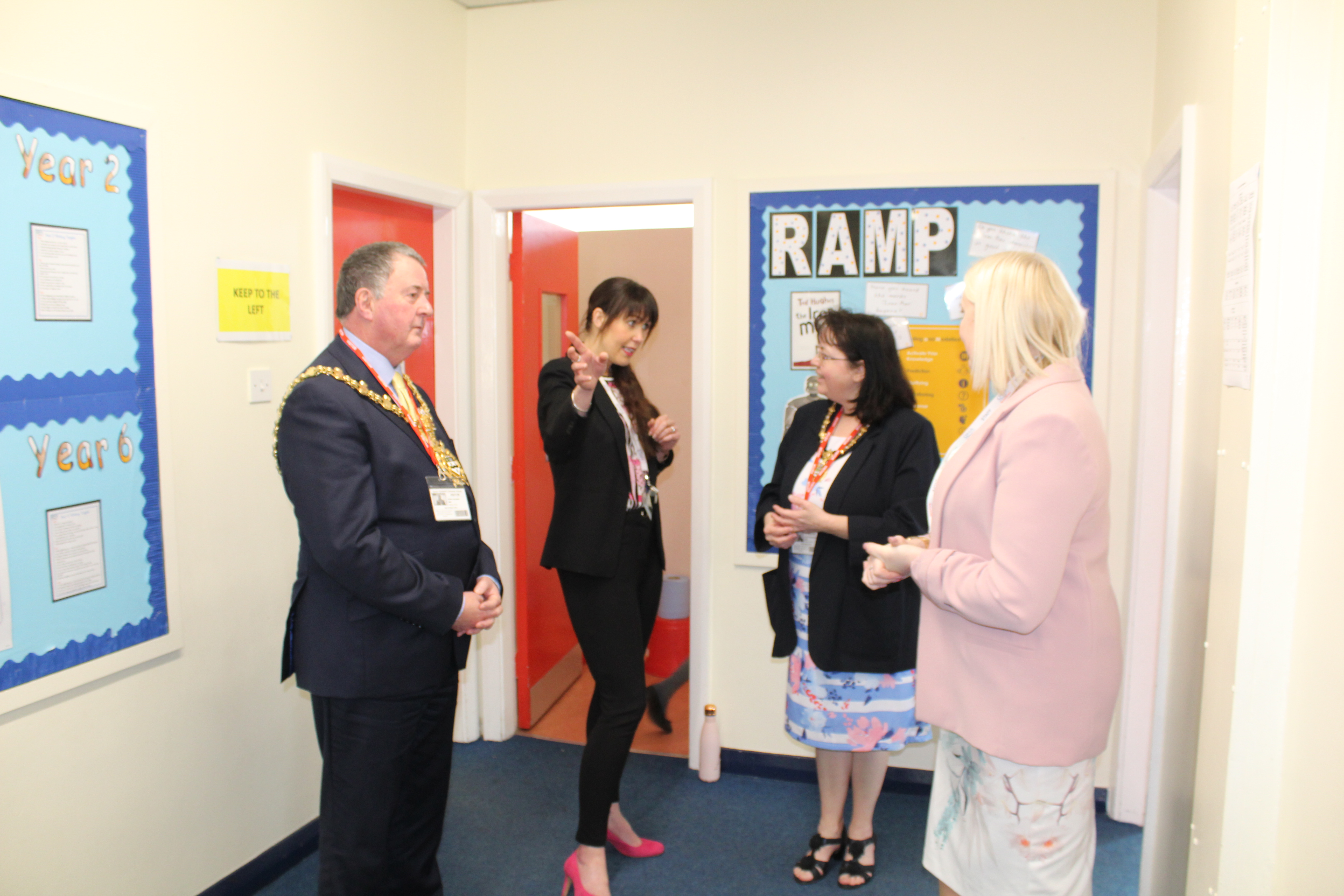 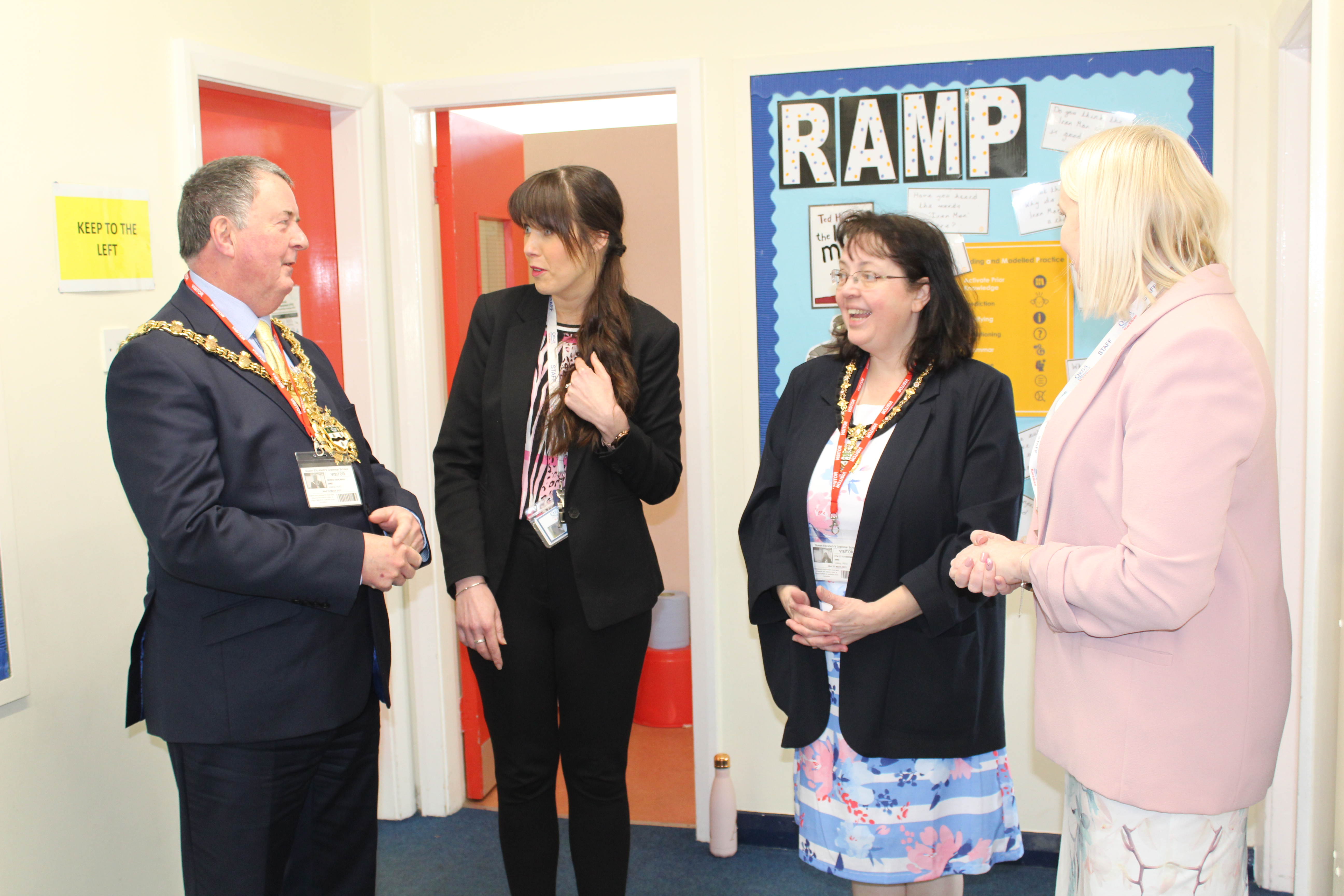 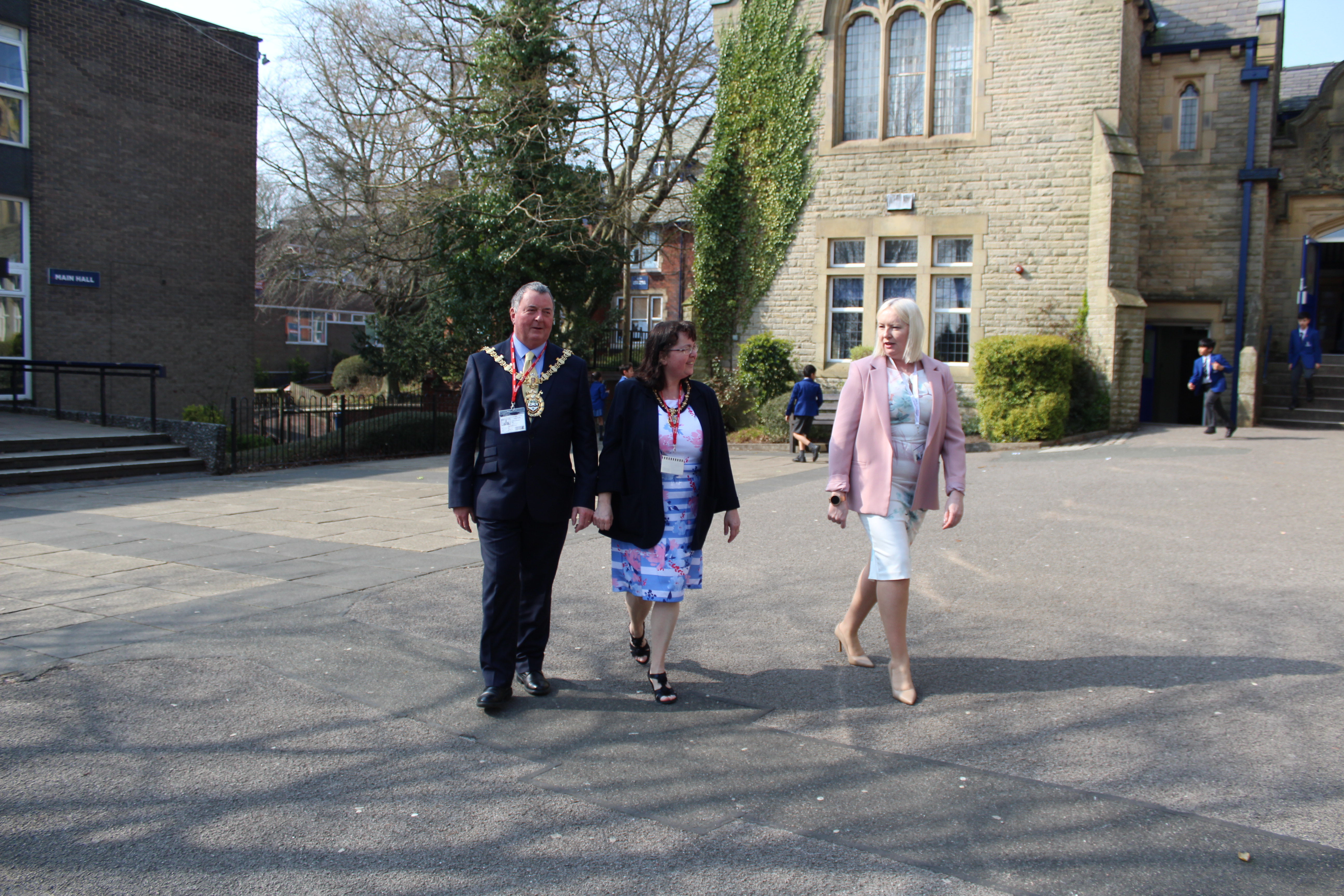 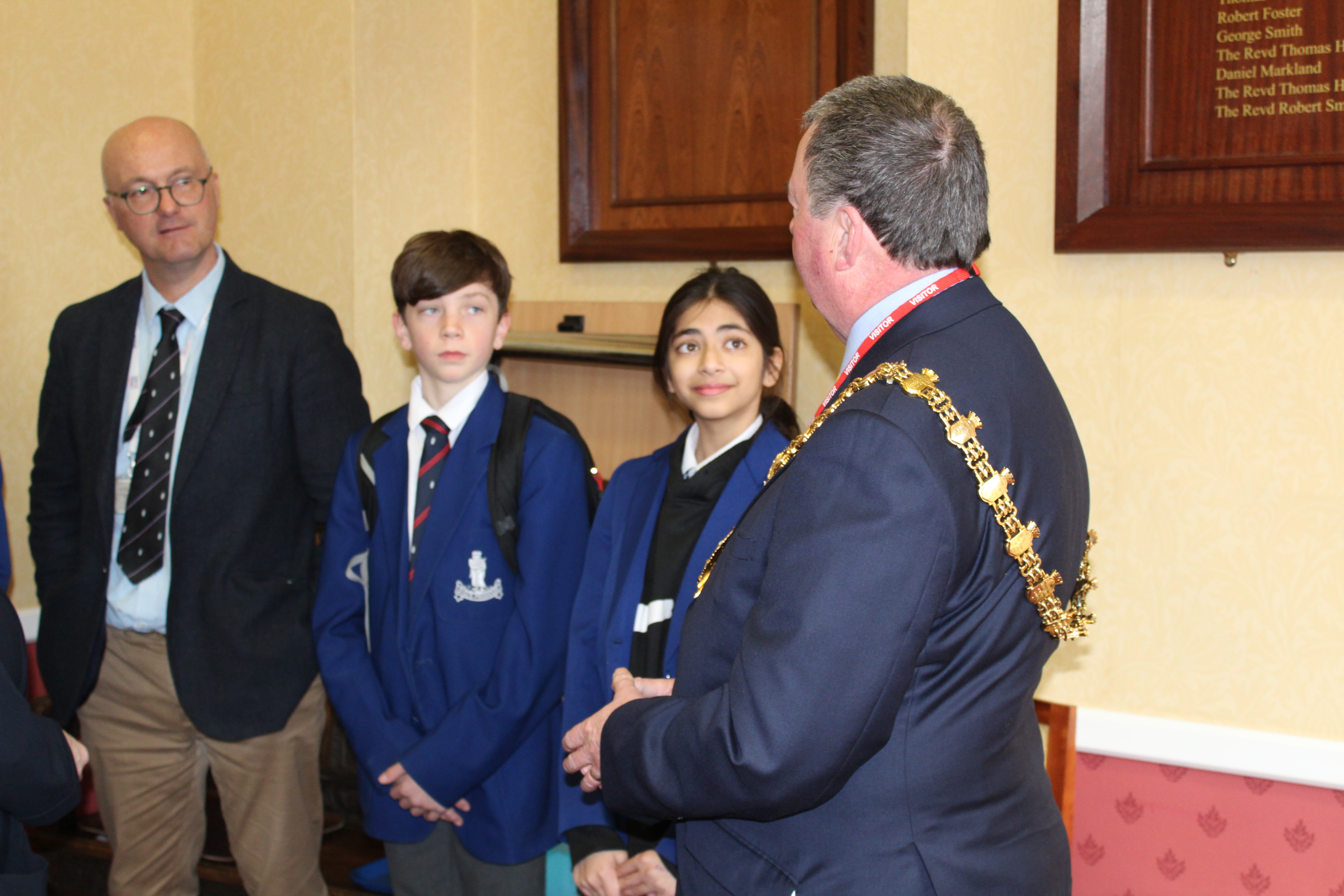 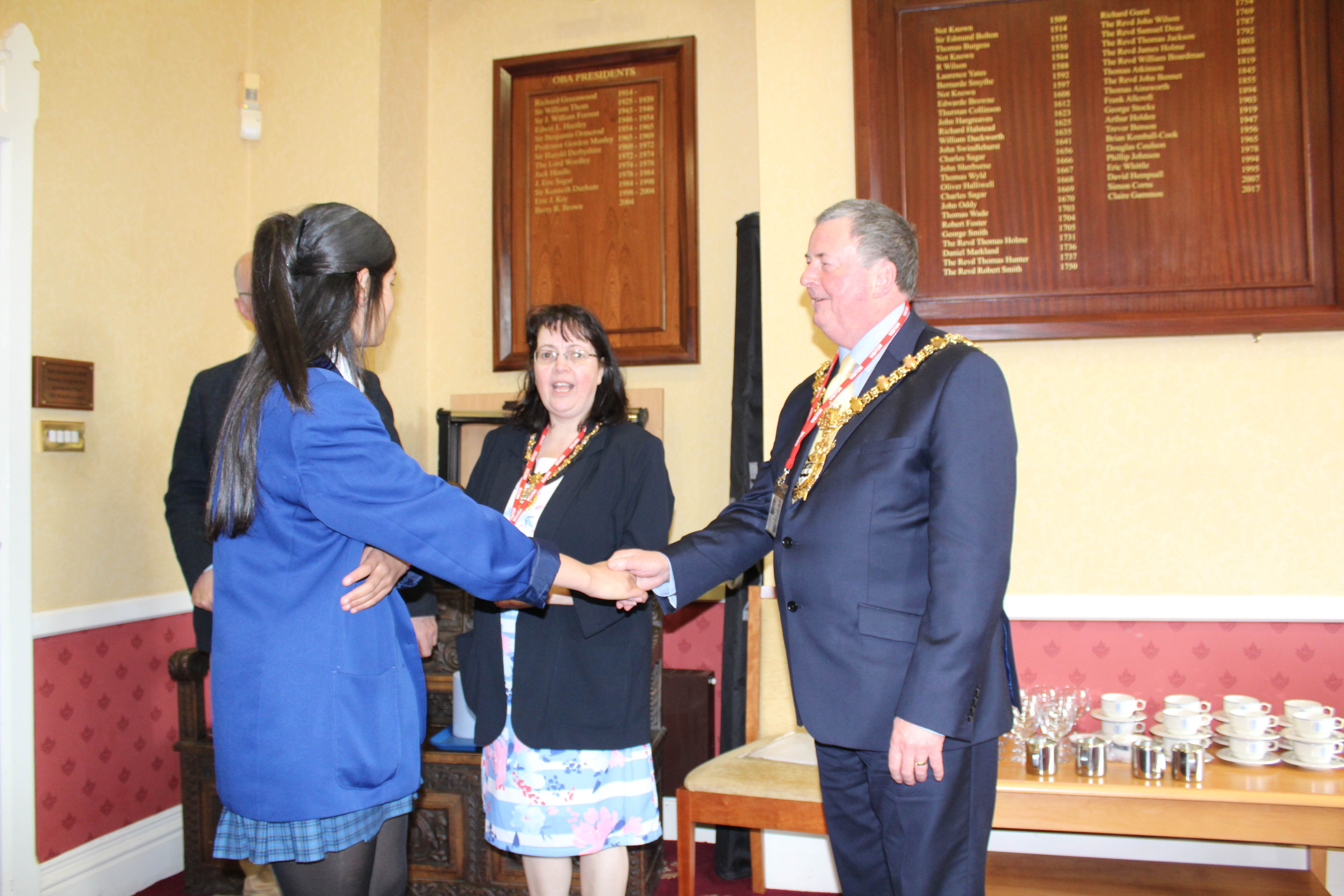 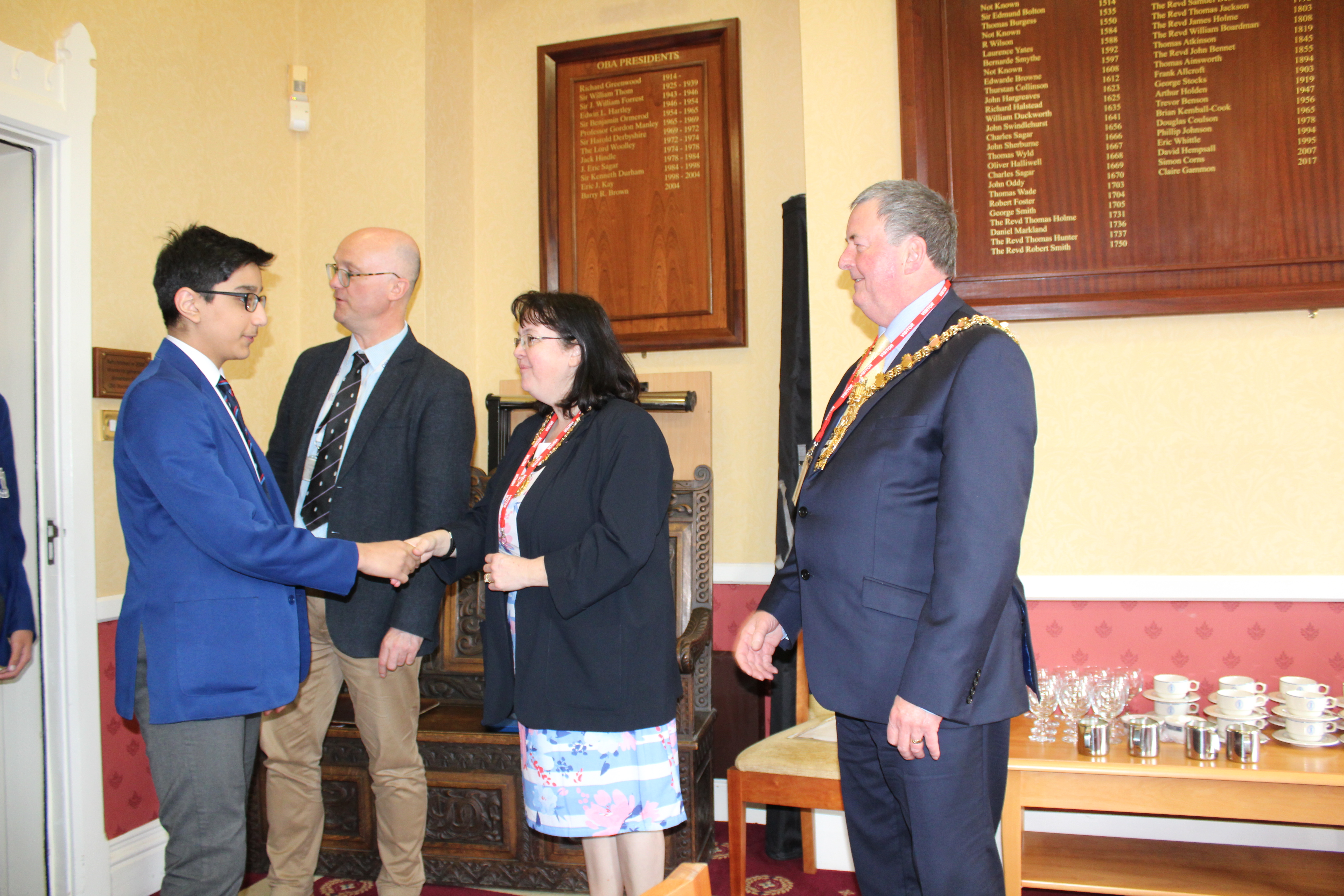 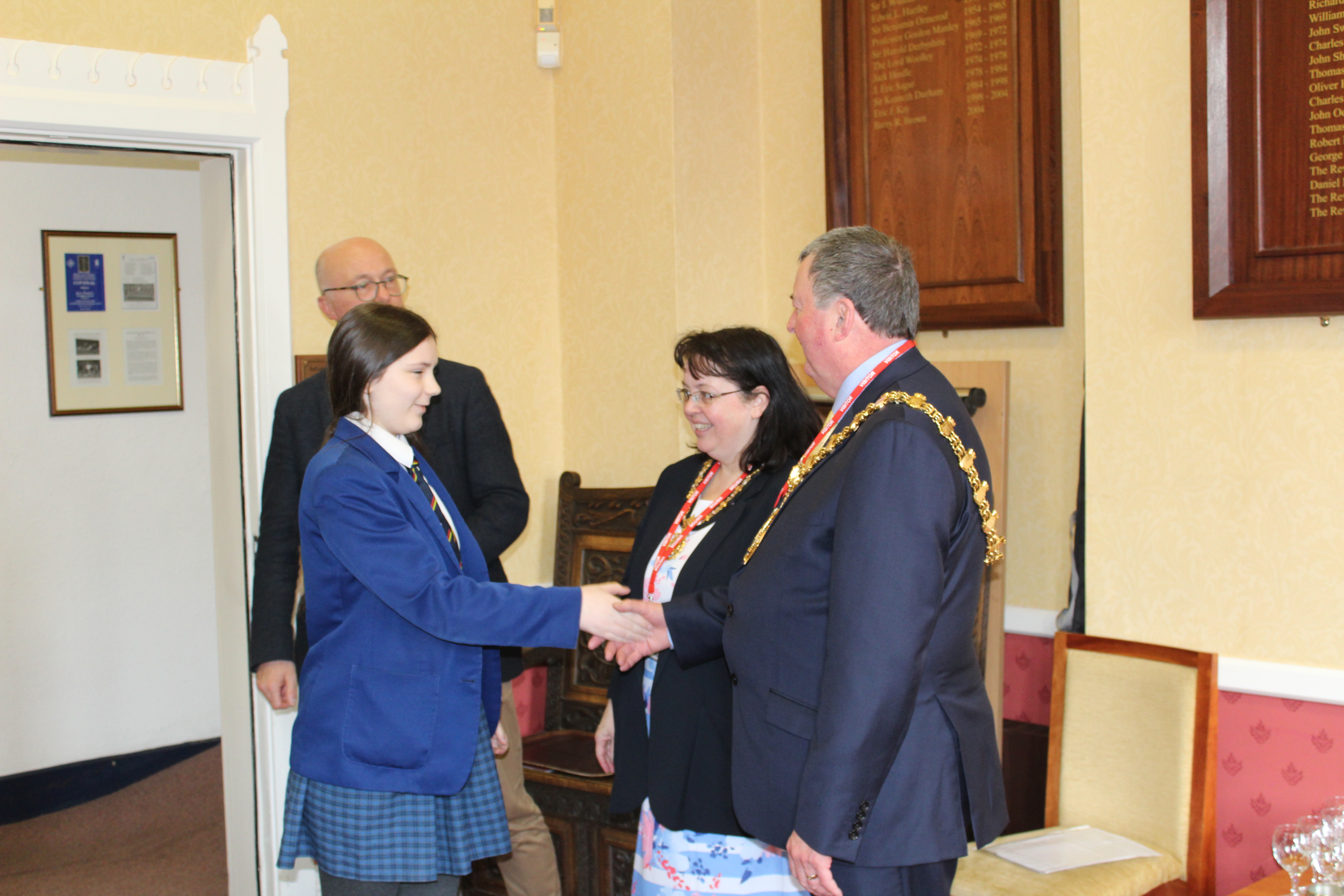 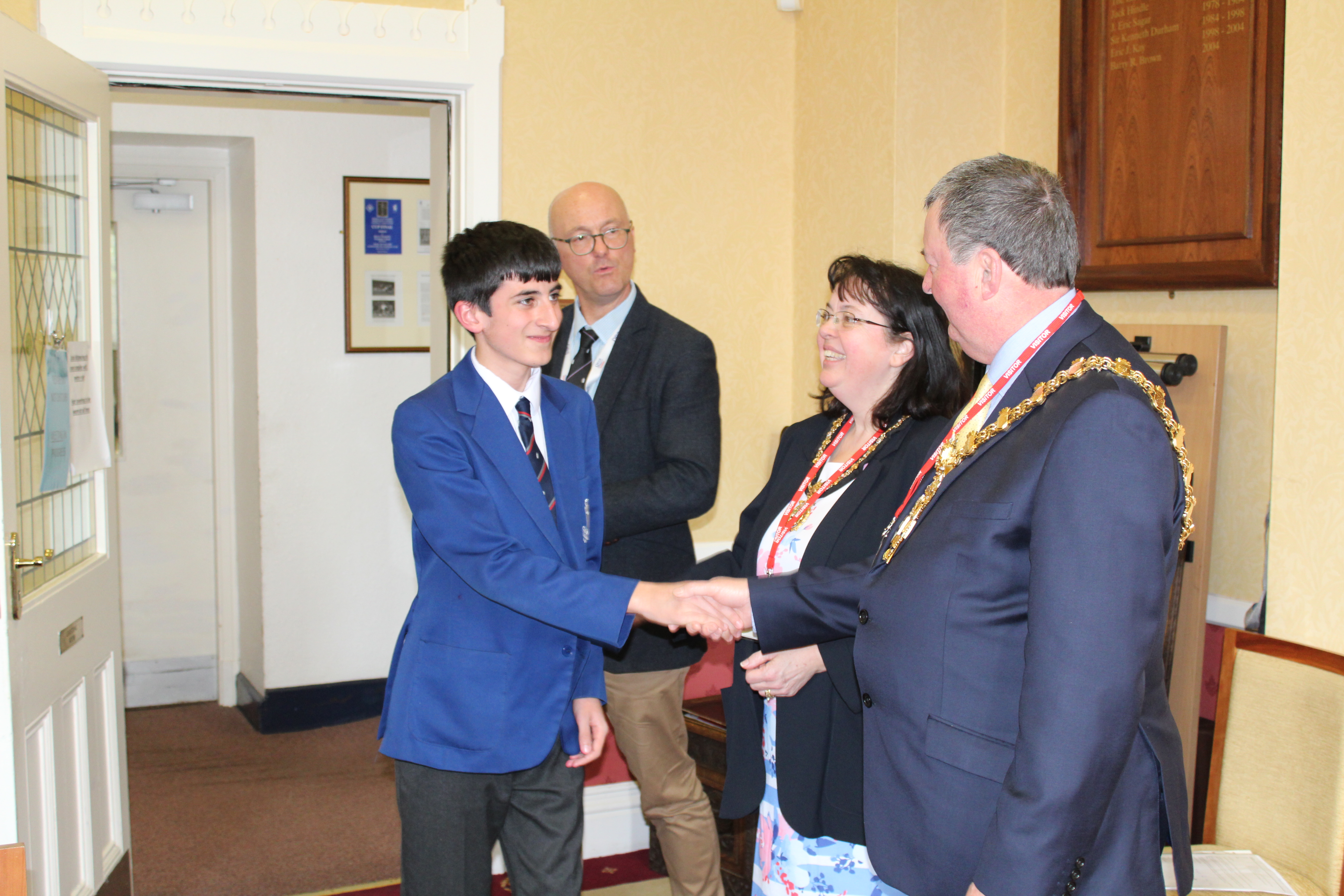 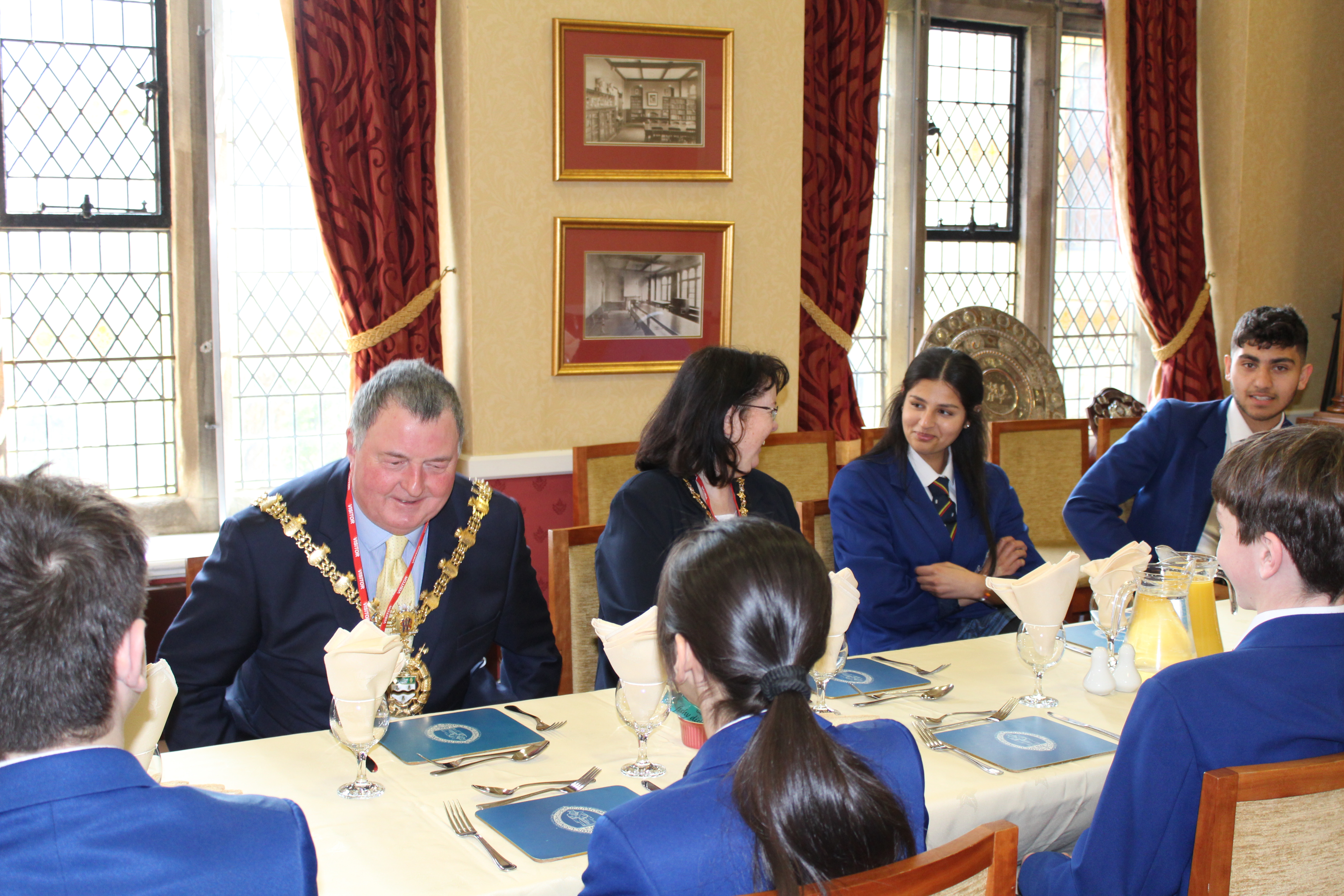 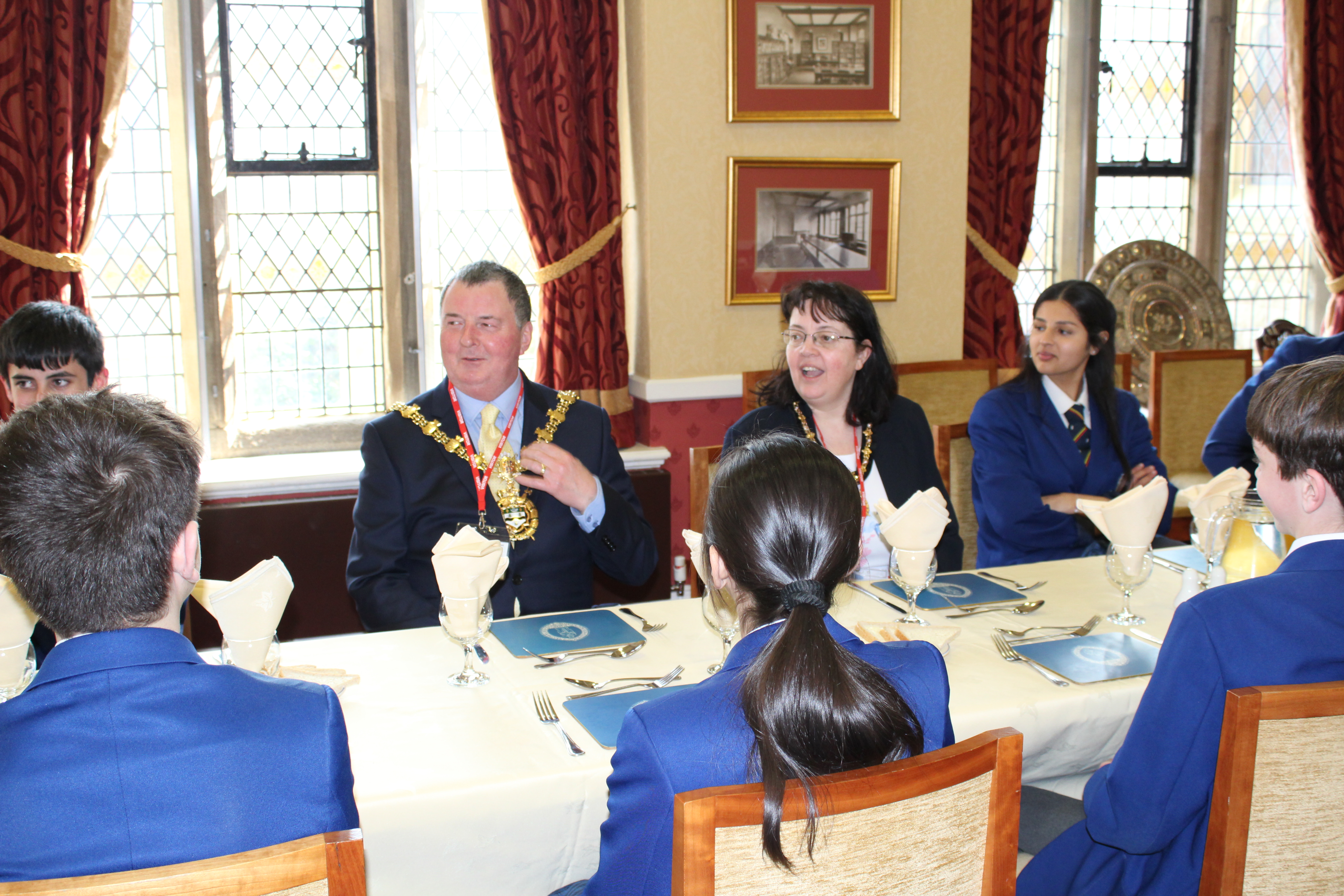