As part of the 75th Holocaust Memorial Day, pupils from across Senior School came together to mark the day in 1945 when Soviet soldiers entered Auschwitz and liberated 7,560 survivors.

Readings were led by staff and Year 11 pupils as images and videos were shared to show the horrendous conditions that prisoners of war were taken to during the Second World War.

Pupils listened to individual stories of struggle such as those of Fredy Hirsch and Anne Frank, along with lesser known tales from the camps such as Erina Sendler, a Warsaw nurse who devised a way of smuggling babies out of the area controlled by the Nazis. In her efforts, it is believed Erina saved over 2,500 people, one of which later went on to nurse her in the final stages of her life. Staff and pupils took time to reflect on the horror that prisoners endured and to show gratitude for the lives we live today.

In March, two Year 12 students will visit Bergen Belsen to commemorate the 75th anniversary of the liberation and QEGS will continue to encourage Holocaust remembrance by holding the annual memorial day, to remember those who suffered as part of the events that shook the world in World War Two. 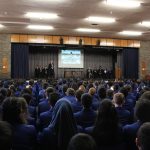 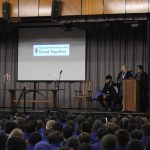 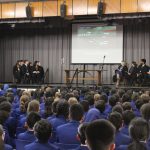